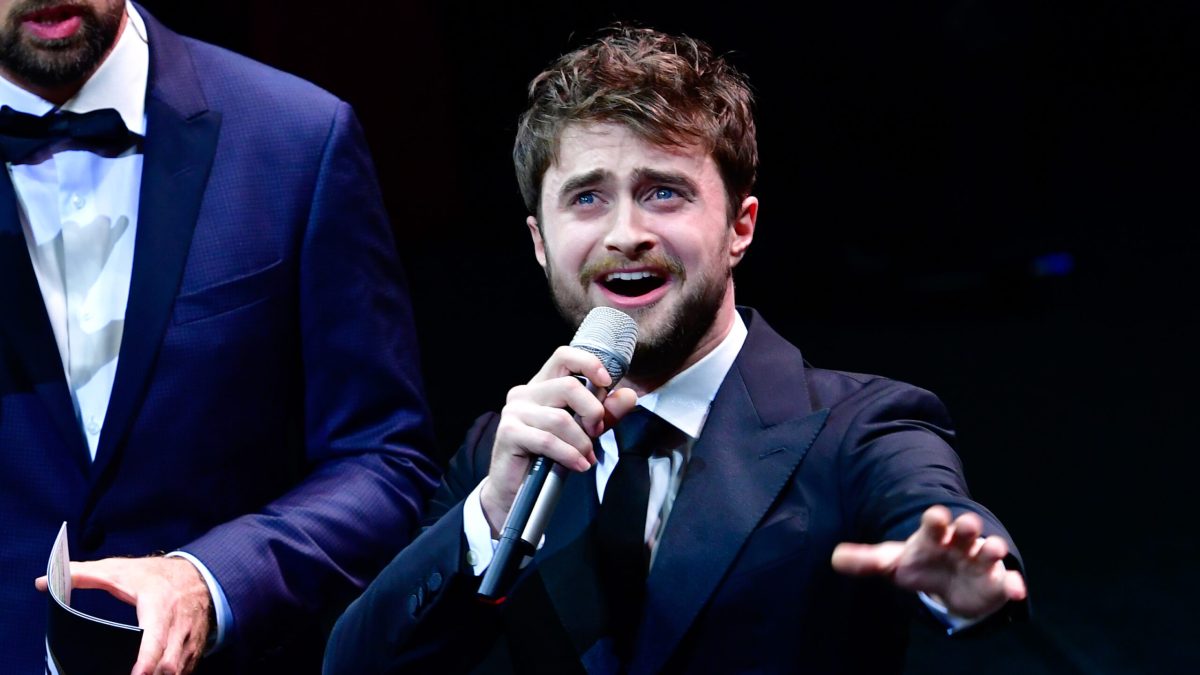 Daniel Radcliffe is returning to the stage! The actor, who also makes his return to the screen this month in The Lost City, will be joining the cast of the Off-Broadway revival of the late Stephen Sondheim’s Merrily We Roll Along, in the principal role of Charley. This will mark Radcliffe’s second appearance in an Off-Broadway production.

Merrily We Roll Along, based on an original play by Kaufman and Hart, tells the story of three friends over the course of twenty years, beginning at their worst moment in 1976, then moving back in time to their first hopeful, and fateful, meeting in 1957. Radcliffe’s character, Charley Kringas, is a lyricist and playwright. Merrily was a reunion project for Sondheim, who reunited with librettist George Furth and producer Hal Prince, the same creative team behind the classic Sondheim musical Company, to create the show.

Radcliffe has amassed a steady list of stage credits since his 2007 West End debut in Equus, for which he reprised his role on Broadway the following year. In 2016 Radcliffe appeared in Privacy at the Public Theater, marking his first Off-Broadway production. Radcliffe has also shown off his singing talents, notably during an acclaimed run as J. Pierrepont Finch in How to Succeed in Business Without Really Trying. Radcliffe will sing the Sondheim standards “Old Friends” and “Good Thing Going” in Merrily.

Merrily We Roll Along will be performed at the New York Theatre Workshop, and will be directed by Maria Friedman, who made her debut directing Merrily‘s West End revival in 2012. Friedman has also directed Sondheim’s A Little Night Music, as well as High Society, and Dusty — The Dusty Springfield Musical. Tim Jackson is set to choreograph. The production will complete the New York Theatre Workshop’s 2022-2023 season.

Radcliffe is currently filming Weird: The Al Yankovic Story for the Roku Channel, and will appear as Yankovic in the screwball biopic. He appears in The Lost City alongside Sandra Bullock and Channing Tatum. The film makes its premiere at the annual SXSW Film Festival and will debut nationwide on March 25.