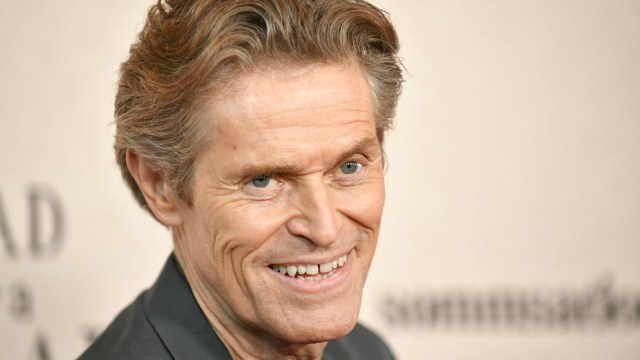 After making his MCU debut as the Green Goblin in 2002’s Spider-Man and then reprising the role twenty years later for 2022’s Spider-Man: No Way Home, it’s safe to say that now-67-year-old Willem Dafoe has more than dabbled in the superhero blockbuster industry. Having become a cultural icon as Norman Osborn, it isn’t surprising that both Marvel and DC fans alike are wishing for Dafoe to migrate over to the DCEU to try his hand at another hero/villain from across the pond. Naturally, given Dafoe’s uniquely-shaped face and ability to produce a truly terrifying and menacing smile, DC fans would automatically associate him with Batman’s archenemy, the Joker. However, one particular Twitter user has a different idea in mind.

As we all know, Matt Reeves’ The Batman as a commercial and critical success. There’s no denying that. There’s also no denying that Robert Pattinson, previously known as Edward Cullen in the Twilight saga, absolutely stole the show as Bruce Wayne and his alter-ego, the Caped Crusader. What many people might not know is that Pattinson and Dafoe have worked together before on uncategorized film called The Lighthouse (2019), which has been classified as a horror, a psychological horror, a thriller, and a survival film. In it, Dafoe and Pattinson portray two wickies (lighthouse keepers) who find themselves stranded at an outpost during an intense storm.

While the ideal match-up for a 67-year-old Dafoe and a 36-year-old Pattinson would be Batman and the Joker, @cinnamonpepsi on Twitter politely disagrees. They firmly believe that Pattinson and Dafoe should reunite as Batman and Robin — and we can’t really tell whether they’re joking or not.

There were mixed replies, naturally, to the bold suggestion. Some users assumed that the tweet were nothing more than comical, whereas others were surprisingly in favor of the unusual concept. In the comments section, there were serious tweets and not-so-serious tweets, but much more of the former than the latter. Whether it was a joke or not (and we’re fairly certain it was), the notion wouldn’t feel so unorthodox if Pattinson and Dafoe were closer in age.

What with Irish actor Barry Keoghan being officially cast as Reeves’ Joker, the odds aren’t in Dafoe’s favor right now. However, even if Dafoe has no plans of joining the DCEU or Reeves’ Batverse any time soon, we shouldn’t lose hope that sometime in the near-distant future, before he reaches retirement age, Dafoe will collaborate with Pattinson once more.