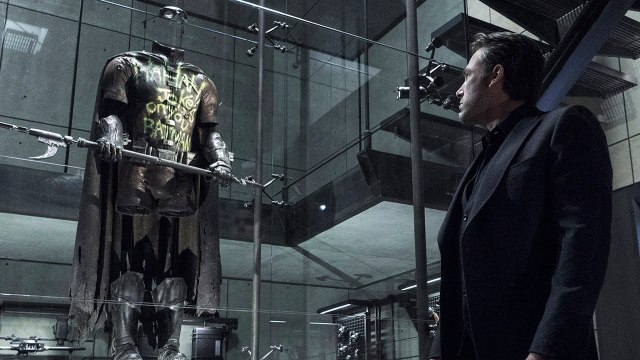 Though Robin hasn’t yet appeared in the DCEU, the character has still played a very important role in the overarching story. Batman v Superman: Dawn of Justice showed that Batman keeps a defaced Robin costume in the Batcave, which has been defaced by the Joker with “Jokes on you Batman!”.

It was later confirmed that this was the DCEU Dick Grayson’s suit, who was kidnapped and tortured to death by the Joker and Harley Quinn. Batman later got revenge, smashing the Joker’s teeth out and ruining his smile before capturing him and Harley. But, as we saw in Batman v Superman, the death of Robin clearly sent him on a dark path that he only recovered from after finding a new ‘family’ in Justice League.

Now DCEU fans are debating if Robin’s story could have been better. The best suggestion is, to begin with, Dick Grayson having already become Nightwing, and focus on Jason Todd’s tenure as Robin. This could loosely adapt the ‘Death in the Family Arc’, which also sees Robin murdered by the Joker (well, sort of) and Batman losing his grip.

Others say the Affleck Batman was in the perfect place for a Tim Drake character, telling him to chill out a little and stop branding people. It’s clear by the time of Batman v Superman that he’s lost contact with his Bruce Wayne side (with Alfred essentially just enabling him) and could have used a new conscience to pull him back from the edge.

The counterpoint to that is that Zack Snyder planned a five-film arc for Batman, with the death of Robin putting him at his lowest point, after which he gradually rebuilds himself into the Caped Crusader that saves the world. Zack Snyder’s Justice League shows him regaining his purpose and assembling a team, and it appears that the sequels would have shown him as the key player in battling against Darkseid in the ‘Knightmare’. Within that, there’s not much room for any kind of Robin, as characters like The Flash fill a similar role.

But that’s scant consolation for Robin fans, as the character deserves a little more than being the offscreen motivation for Batman’s arc.