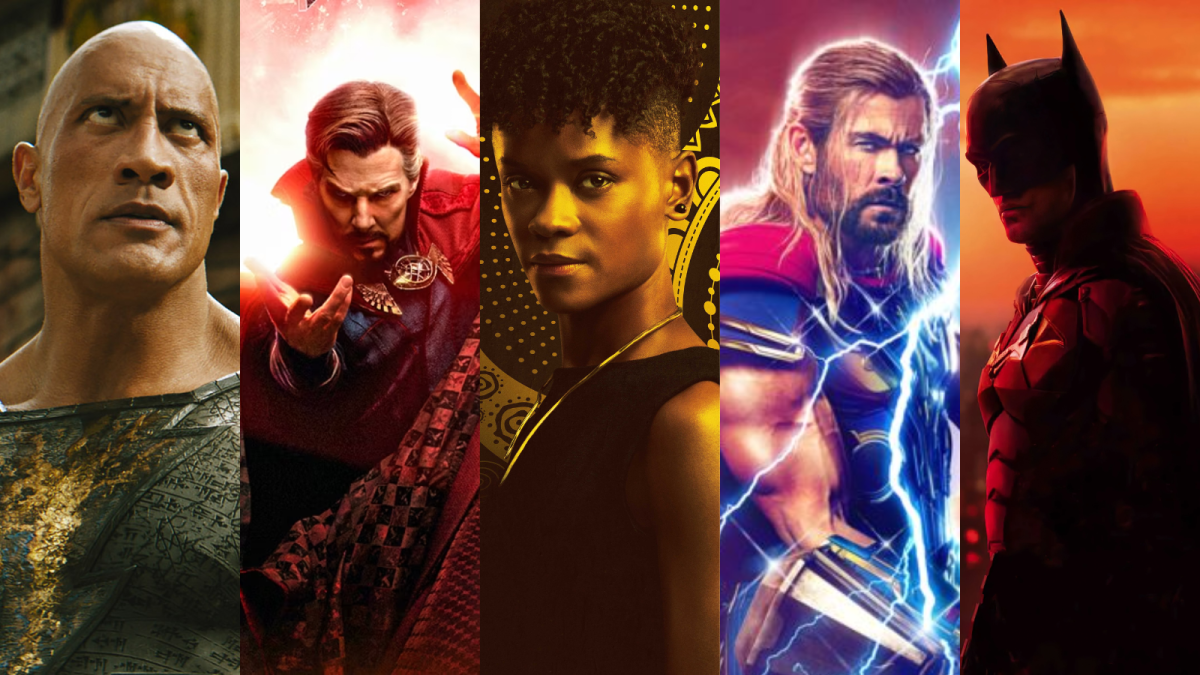 The year 2022 has seen the superhero movie genre back on track after the decline during the global pandemic. With theatres closed across the globe, the industry took a massive hit and it was thanks to superhero movies such as Black Widow and Shang Chi and the Legend of the Ten Rings that theatres were able to get up off their knees. Now that the world is somewhat back to normal, which superhero offering in 2022 did fans love the most?

There have been six notable superhero movies this year from Marvel, DC, and Sony jointly. The beginning of the year saw 2021’s Spider-Man: No Way Home still riding high but the first superhero film this year belongs to The Batman which soared into cinemas on March 4. It was swiftly followed by Morbius, then Doctor Strange in the Multiverse of Madness, next Thor: Love and Thunder, then Black Adam, and most recently Black Panther: Wakanda Forever.

The Batman was a notable addition as it once again re-cast the titular character with Robert Pattinson taking the role. Many were unsure if the actor was the right fit for the character but the film received great reviews and was a new and interesting twist on the well-worn franchise.

One of the most talked about movies saw Jared Leto transform into a vampire and Sony attempted to expand its Spider-Man universe franchise with the characters they still have access to, such as Morbius. They say all press is good press, but the film became the butt of jokes with empty cinemas turning into memes on social media.

Marvel of course dished out their usual fare, with some doing better than others. The final 2022 offering, Black Panther: Wakanda Forever, served as a tribute to Chadwick Boseman as well as continuing to expand the MCU and introduce a key Marvel antagonist in Namor.

So which one did fans love the most?

For many, it appeared that The Batman took the cake, with a vast amount of the replies agreeing.

It doesn’t even seem to be a competition.

One user reminds us that it has also been a good year for superhero shows as well — when they get the spelling right that is.

Some list from best to worst, and looking at the comments this seems to be a general consensus.

But there are definitely some Black Panther: Wakanda Forever fans out there.

For this user, it’s Wakanda Forever!

And some concede a tie between The Batman and their other favorite.

It would seem that The Batman comes out on top for 2022 according to this particular poll, though when it comes to the box office Doctor Strange in the Multiverse of Madness takes the cake. Let’s look forward then to 2023 and all the superhero films that have still to come.