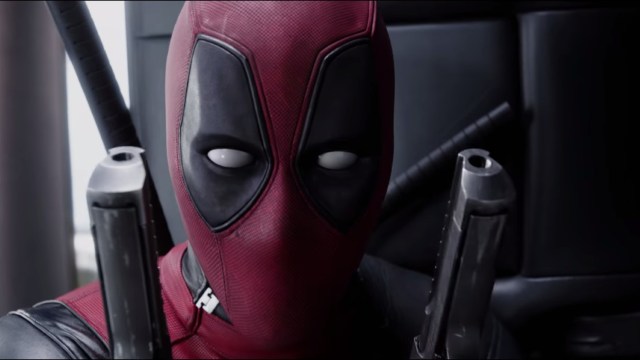 Though Marvel Studios presented a hefty haul of upcoming shows and films at the recently-held San Diego Comic-Con, the palpable absence of Deadpool 3 left MCU fans disappointed, as they were expecting an official announcement. But it doesn’t matter that it didn’t get a proper introduction at SDCC — given all the progress the film has already made in terms of preparation, it is high time that we start brainstorming ways the Merc with a Mouth could make that impossible-sounding MCU entry.

Of all the Marvel films that have been greenlit recently, only the third outing of Deadpool has made any significant progress — it recently signed Shawn Levy as director, Rhett Reese and Paul Wernick have been brought back to pen its script, and it is expected to begin production sometime in late 2022. Adding to its existing hype is the fact that those associated with the film have been pretty vocal about its mystery plot.

This only means one thing — Deadpool 3’s absence at SDCC was just a subtle Marvel Studio tactic to increase the excitement (and impatience) for the most-anticipated MCU film ever. So, with that pressing worry out of the way, there is one question that really needs the complete devotion of our collective brain cells.

How can Deadpool possibly hop into Earth-616?

It is now beyond obvious that Deadpool will be leaving his reality behind to make an impromptu landing in the OG universe. Thus the real head-scratcher here is that all plausible events that could have allowed him to travel the multiverse have already taken place in the MCU — Doctor Strange puncturing holes in the fabric of reality in Spider-Man: No Way Home, and Wanda messing with the multiversal veils in Doctor Strange in the Multiverse of Madness.

The big question now is how will the studio ace this seemingly-impossible task of bringing the foul-mouthed mercenary into the relatively well-mannered Earth-616. Well, we might have some plausible answers:

Deadpool can use Cable’s time-traveling device

At the end of Deadpool 2, with the help of the repaired time-traveling device, Deadpool doesn’t just save Vanessa and X-Force’s Peter. He kills X-Men Origins: Wolverine’s much-disliked version of Deadpool, as well as Ryan Reynolds, who is reading the screenplay for the 2011’s Green Lantern. At the time, the scenes were brushed off as nothing but a part of Wade Wilson’s fourth-wall-breaking shenanigans, as the character was still a part of 20th Century Fox.

But now that Deadpool is officially an MCU character and is making his debut smack dab in the middle of all the mutiversal chaos, the latter part of his time-traveling antics feels more like the mercenary hopping universes and meeting alternate versions of himself. If that’s indeed what it was, he already has a device handy that will make his arrival in Earth-616 a simple task.

An incursion will bring Deadpool to Earth-616

So far, all the MCU has revealed about the so-called incursions is that too much multiversal traveling and the prohibited use of the Darkhold can cause a cataclysmic event where two universes will collide and get destroyed. Also, Strange caused an incursion with his extensive zombie Dreamwalking by using the Darkhold. While that’s the extent of our knowledge of what an incursion means in the MCU, Marvel Comics offers further information on what direction this universe-annihilating event can take.

In the 2015 crossover Secret Wars storyline by Jonathan Hickman and Esad Ribic, an incursion takes place in which Earth-1610 and Earth-616 are on the verge of colliding. While many other events take place in this storyline, what matters here is the fact that the two universes aren’t entirely destroyed. …Well, Earth-1610 is, but parts of this universe are absorbed into Earth-616, which remains intact.

What is stopping something similar from happening to the universe Deadpool exists in? Maybe his universe will be destroyed, but the anti-hero — and hopefully Cable, Vanessa, Dopinder, Weasel, Russell, Domino, Peter, Blind AI, and the X-Men — will be the ones who survive to become a part of Earth-616?

While we have no idea how the new TVA — with the supposedly evil Kang at its helm — will function now, if it works anything like it used to at the beginning of the Disney Plus series Loki, it is very possible that they will not be happy with Deadpool’s time-traveling antics. Maybe they will nab the anti-hero, who will get his hands on one of their portal-creating gadgets in his attempt to escape, and perhaps his inability to use it properly will land him on Earth-616?

Now, this could be one of the least likely options as, since the events of Loki, there has been a lot of multiversal drama and the TVA has not batted an eyelash.

MCU will be getting an alternate Deadpool

While this is the most disliked option ever, it is still very much a possibility. In order to integrate Deadpool into its universe, the studio will have to do a ton of homework to ensure that his past films make sense as part of the MCU. So, the best way to cut out all that hard work would be to simply introduce a new, alternate Deadpool who exists in Earth-616, and maybe give the original Wade Wilson some screentime as compensation.

I know, we also scrunched our noses in collective distaste at this plausible future for the anti-hero. But as the studio has been making weird choices lately, especially in its ongoing Phase Four, we have to consider every option — even a highly unpleasant one — while mapping all the viable routes for Deadpool’s MCU debut.

As for when Marvel Studios will announce Deadpool 3’s release date, chances are that they have inadvertently already dropped a big hint. Before the SDCC took place, the studio had earmarked a couple of dates for their untitled movies. While the majority of these slots were filled with the official announcements at Comic-Con, one date was suspiciously left out — February 16, 2024.

Though there are a few other Marvel films that have been discussed but were not announced at the SDCC, Deadpool 3 is the only viable candidate for the date given the pre-production progress it has made so far. Unless the studio is planning to attract the ire of its loyal fans, we can expect the D23 presentation in September to finally announce the arrival date of Wade the Wisecracker’s arrival in the MCU.