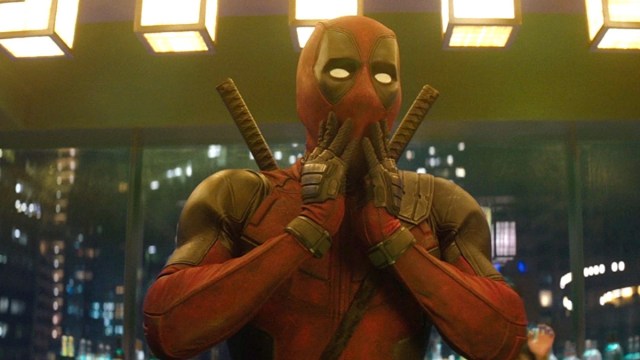 When Deadpool 3 was first set up at 20th Century Fox, Ryan Reynolds revealed that the plan was for Wade Wilson to team up with Wolverine for a road trip adventure that would have been inspired by Akira Kurosawa’s Rashomon – the 1950 classic that established a massively influential storytelling trick.

The so-called “Rashomon effect” is when the same events are retold by multiple different participants, with the caveat that they all remember things distinctly differently. While we’re not sure as of yet whether that’ll remain the case now that the Merc with a Mouth is the property of the Marvel Cinematic Universe, creator Rob Liefeld is already comparing the threequel to a handful of classics.

Speaking to ComicBook, Liefeld revealed what he wants to see from Deadpool 3, and it’s something that a lot of fans would go absolutely nuts for – based on nothing more than the respective iconic status of the films he’s got in mind.

“Bing Crosby/Bob Hope, Road pictures. I feel like that’s what we’re getting. Or maybe it’s more like Butch Cassidy and the Sundance Kid. Sundance Kid was more serious and Butch Cassidy was more of a conniver. And maybe it’s more like Lethal Weapon, and it’s Danny Glover and Mel Gibson. But somewhere between those models that I just gave you. Bing and Bob; Butch and Sundance; Newman/Redford; Hugh and Ryan. It’s going to be a monster.

Wouldn’t we just watch them drive across America? Wouldn’t we just watch them walk through a mall? They both have a healing factor. I can see a healing factor one-off. I can see a healing factor one-off where the two of them decapitate one another and regrow limbs. Or at the very least, Wolverine slices generous pieces of Deadpool off. You saw what they did today when they re-enacted the katanas. They’re giving us the memes. I was thinking, ‘How many times did they rehearse that? Did they get that in one take? Two takes?”

We know that the chemistry between Reynolds and Hugh Jackman is already off the charts based on their interactions away from the world of superheroes, so the prospect of having the dynamic duo partner up for an odd couple road trip adventure inspired by the likes of Lethal Weapon is a mouthwatering prospect to say the least.