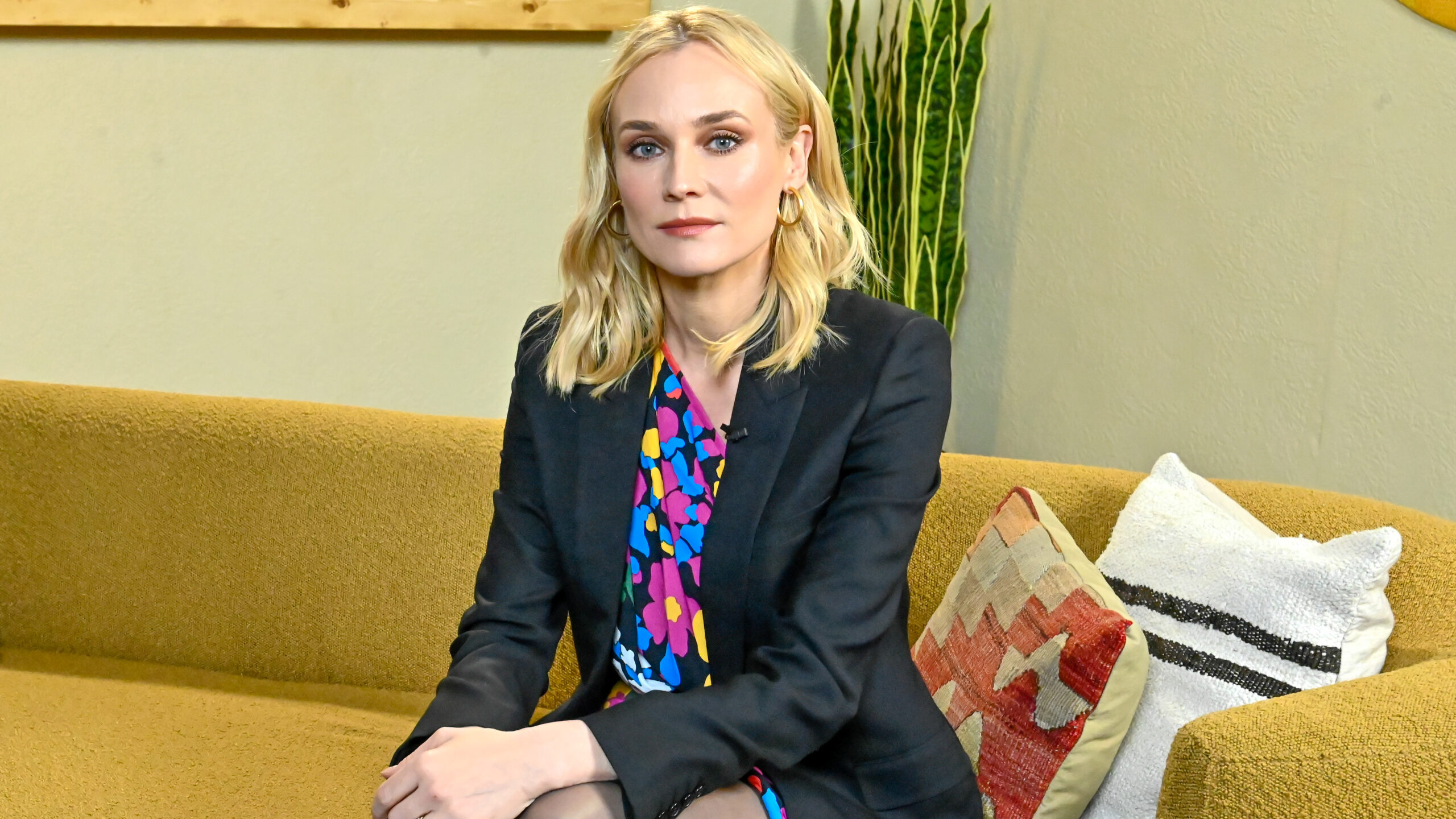 AUSTIN, TEXAS - MARCH 13: Diane Kruger talks about the film Swimming with Sharks at the Variety Studio at SXSW 2022 at JW Marriott Austin on March 13, 2022 in Austin, Texas. (Photo by Astrid Stawiarz/Getty Images for Variety)

To promote her new series Swimming with Sharks, a female-led retelling of the 1994 classic movie, Diane Kruger appeared at the Variety SXSW Studio to talk about how she managed to channel her own experience of working with Hollywood moguls into bringing Joyce Holt, the fictional CEO of Fountain Pictures, to life.

From portraying the mythical Helen of Sparta in Wolfgang Petersen’s Troy, to embodying Bridget von Hammersmark with all of her cunning in Quentin Tarantino’s Inglourious Basterds, The German-American thespian has shown incredible range with her acting chops over the past two decades.

Kruger is now playing Joyce Holt, the abusive and toxic boss of a Hollywood production studio who’d give Meryl Streep from The Devil Wears Prada a run for her money. Talking about Joyce in a recent chat with Variety, the actress dropped a bombshell, revealing that she’s gone through her share of uncomfortable and inappropriate run-ins with Hollywood executives.

“I’ve definitely come across the Weinsteins of this world from the get-go,” she said. “I remember testing for Troy and having to go to the studio head in costume. And I felt like meat, being looked up and down and was asked, ‘Why do you think you should be playing this?'”

The Bridge star refused to name the person in question, but multiple sources have confirmed for Variety that it’s not standard practice for an actor to present themselves to an executive in their office. Kruger further elaborated on her experience working in Hollywood,

“I’ve been put in situations that were so inappropriate and so uncomfortable. I think when I first started out, it just felt like, this is what it’s like. This is what Hollywood is like. Also, I come from modeling and believe me, they have their moments.”

In one of the upcoming show’s more intense scenes, Holt is asked by her sickly old boss to perform sexual acts on his nurse, which she obliges. Kruger touched on that scene in-length, explaining:

“Shooting that scene was just a reminder of how disgusting and acceptable bad behavior was at a certain time in our society, not just Hollywood. What really drew me to this part is that it is the Hollywood of 2022. So women have careers, they put their families or their desires on the back burner. What does that mean once you are in a position of power? How do you complete your life? The vulnerability of this character, combined with this excessive abuse of power, was really intriguing to me.”

All episodes of Swimming with Sharks will simultaneously premiere on April 15.