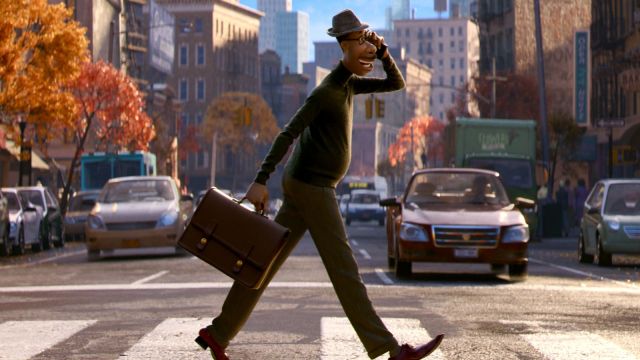 Disney Pixar’s lovingly made and critically successful film Soul wowed audiences upon release in 2020, but you may not have noticed one of its more niche and definitely R-rated references.

Following a jazz musician and teacher who gets separated from his, well, soul, it features some of the most beautiful character work and animation in the game right now. The star power of Jamie Foxx, Tina Fey, and Graham Norton takes plenty of plaudits, but there are many more layers to its excellence.

The soundtrack is a particular triumph and has led to one of the most hilarious off-brand Disney moments ever. During an early scene in Soul as Joe Gardner walks through New York City streets, eagle-eyed viewers will be able to spot a curious sign selling ‘9″ inch nails’.

Nine Inch Nails (NIN) was one of the biggest and most subversive bands of the 1990s, led by Trent Reznor. An extremely talented musician, he’s gone on to produce many film soundtracks including Lost Highway, The Social Network, Mank, and of course Soul. Collaborating again with NIN member Atticus Ross, their music is far from something you’d expect in a family-friendly movie.

NIN’s music has typically bordered on the extreme end for its content, with their seminal album The Downward Spiral about a man’s slow descent into suicide. Fun for the whole family! The song “Closer” off the album also features the kid-friendly lyrics “I want to f*ck you like an animal / I want to feel you from the inside”.

Soul saw an Academy Award win for Best Original Score in 2021, shared between Reznor, Ross, and Jon Batiste. It also led to Reznor being just a Tony award away from an elusive EGOT, so we’re waiting on the Downward Spiral musical.

Pixar’s Soul is available to stream on Disney Plus.