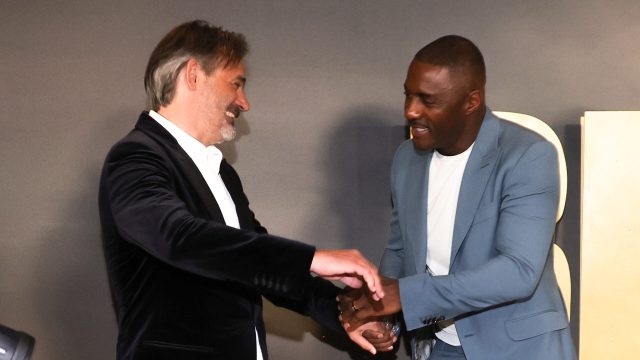 The director-actor relationship can be fraught. Directors are like orchestra conductors and have to pay attention to so many things when making a movie. Actors, on the other hand, can be difficult and moody. This apparently wasn’t the case during the filming of Beast because director Baltasar Kormákur has nothing but good things to say about star Idris Elba.

For the uninitiated, Beast is a summer movie from Universal and it has an exceedingly simple plot: family goes on vacation in Africa and has to contend with a killer lion. Elba plays the dad who must protect his two young daughters while fending off the lion and finding a way back home. Variety caught up with the director recently and asked him about the movie and his relationship with Elba.

Regardless of the intense nature of the filming and the subject matter, Kormákur said he really hit it off with Elba. He explained that the studio was already in talks with Elba about making the movie, but that “we had been talking about another movie earlier, so we had met.”

The two found they really got along after the meeting. “We really liked each other, and we had been in touch about a couple of things. But it hadn’t come through. So when this came around that, “What do you think of doing this with Idris?” I think, “Yeah!”

Kormákur said Elba was “perfect” for the role. “Idris is a rare actor in that, he is a movie star. A full-fledged movie star, in my mind. He has that charisma, he has the charm. The sex appeal, you know. But he’s also a really fine actor, you know.”

He went on to say that Elba was “soulful” and had a “lot of depth.”

“And then we have similar similarities in our lives, you know,” he said. “We do joke about being brothers from another mother. From a different country. We find that there’s a lot in common.”

It’s a lean movie at 93 minutes long and has already garnered a fresh rating of 73 percent on Rotten Tomatoes. Beast releases in theaters today. Check out the trailer below.