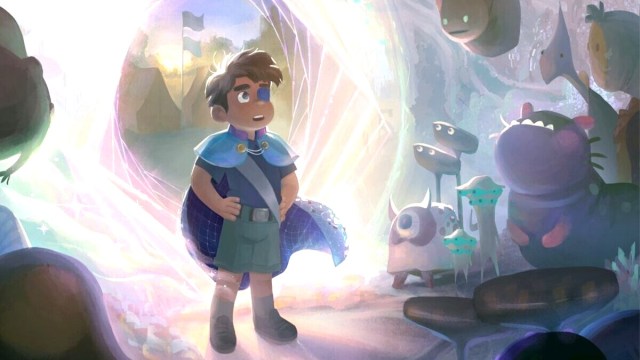 Disney and Pixar fans, get ready; Elio is on its way, and it’s bound to delight audiences across the globe.

At this year’s D23 Expo, various upcoming movies were announced to the public, with main character designs, concepts, and main casts being revealed. Among those movies was Elio, which according to Disney, is about “a boy who finds himself transported across the galaxy and mistaken for the intergalactic ambassador for our planet Earth.”

Since the event, the initial concept art for the film has also been revealed, allowing the audience a first glimpse at what Elio will bring to the table visually. In the concept poster, we can see the 11-year-old boy in a power pose, seemingly ready to face the alien beings populating a crystal-made cave. Judging by the art, it looks like viewers can expect Elio to depict a colorful new world, full of creative imagery.

As you probably guessed from this article’s title, the animated movie will be a collaborative work between Walt Disney Pictures and Pixar Animation Studios, which so far have released almost 30 joint movie productions. Some of the most recent collaborations include Turning Red, Soul, and Luca, all of which have been successful. As for Elio, only time will tell if this movie follows its predecessors’ footsteps.

While very little is known about the people behind this project, it’s confirmed that Elio will be produced by Mary Alice Drumm, and directed by Adrian Molina. Additionally, it has also been reported that Yonas Kibreab will voice the titular character, Elio, and America Ferrera will star in the movie as Olga Solis, the child’s mother.

Regarding the original movie’s release, no exact date has been confirmed, but the studios have graciously announced that we can expect Elio to hit the screens sometime during the spring of 2024. There’s still a long way to go until then, but what this tells us is that Disney and Pixar will take their time to work this movie to perfection. Hopefully, it will meet the expectations of all who await the release.