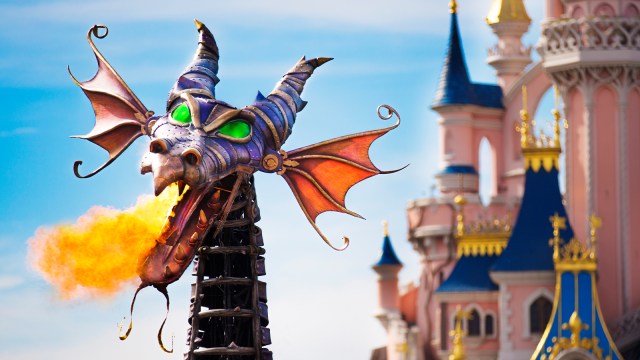 If you’ve ever visited Disney’s Epcot Imagination Pavilion in Orlando then you’ve probably seen the iconic purple dragon called Figment. Well, soon you’ll be seeing a lot more of this creature as it is set to make its way to the big screen.

According to a report from Deadline, Figment will star in its own film and heading this project will be Seth Rogen’s Point Grey production company alongside Dan Hernandez and Benji Samit, writers who worked on Pokémon Detective Pikachu.

Figment has been a long-tenured Disney character featured within the park but only briefly on screen as a cameo in Inside Out and Toy Story 4. Now, more than 40 years after its creation the purple dragon will finally be the focus of a film.

For those unfamiliar with the character, the name Figment was chosen because the character resides in the Imagination Pavilion embodying the process of imagining. Despite being one of the more obscure Disney characters, Figment has its own dedicated fanbase which has grown stronger since its debut in 1983.

This report would suggest that Point Grey has further plans to invest in content for younger viewers after their Teenage Mutant Ninja Turtles movie Mutant Mayhem launches in 2023. Other projects that the company has released were targeted at older viewers including The Boys, Pam & Tommy, and more.

As for the film’s writers Dan Hernandez and Benji Samit, the pair not only have experience in this style of content from Detective Pikachu but also animated hit The Adams Family 2.