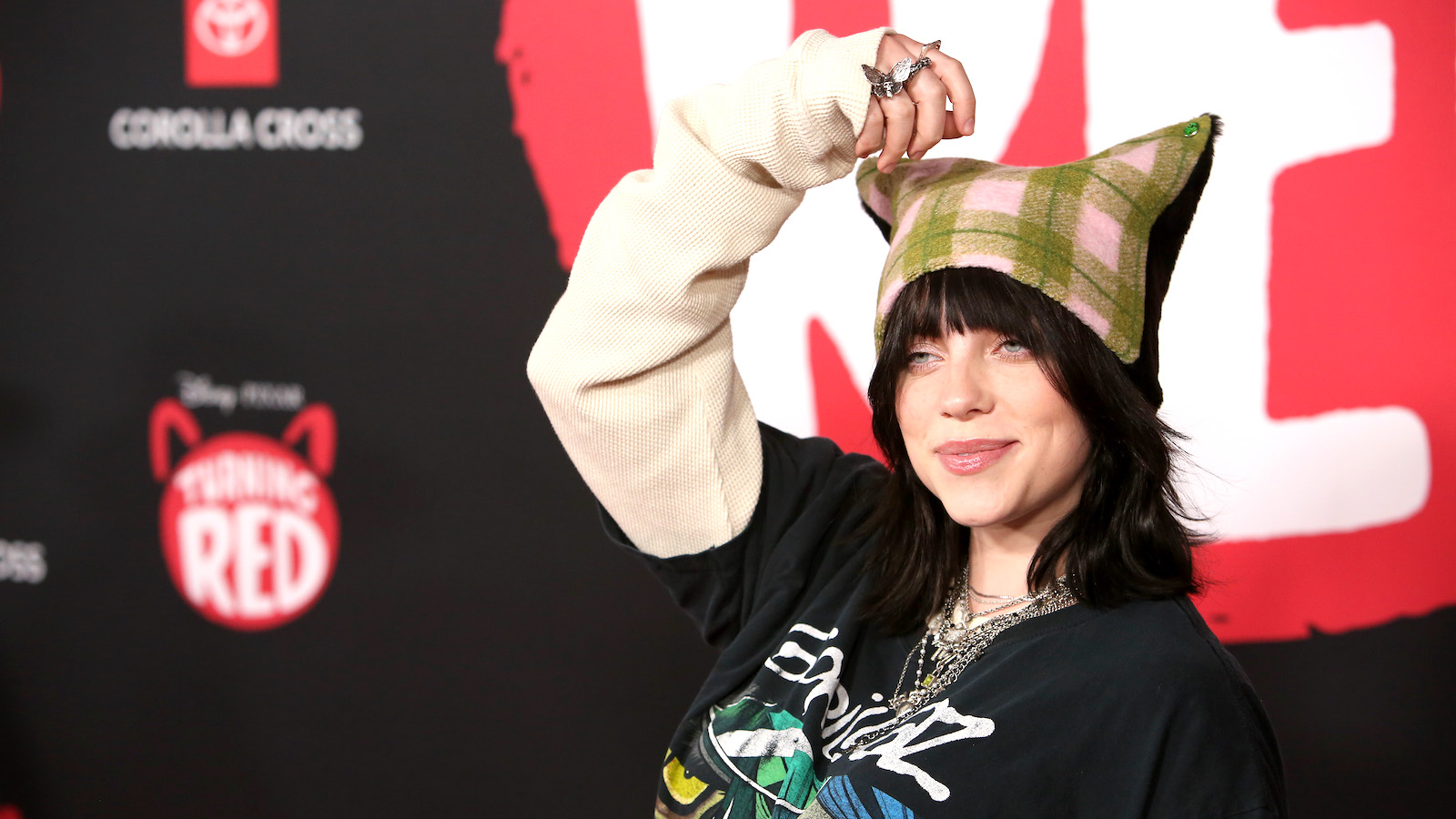 Disney and Pixar’s newest movie, Turning Red, is set to release on March 11 along with its soundtrack. In advance of the movie, Disney Plus unveiled the first single from the movie via a lyric video, “Nobody Like U,” co-written by Billie Eilish and Finneas O’Connell, and threw in a couple of posters for good measure.

The song will be performed by the movie’s fictional boyband, 4Town, featuring five talented real-life singers, with Josh Levi, Tae Young, Topher Ngo, and Jordan Fisher joining the Eilish collaborator and sibling who co-wrote the song.

This is the first of three original songs written by the Grammy-winning duo. Ludwig Göransson, an Emmy, Oscar and Grammy-winning composer you may recognize from Black Panther and The Mandalorian, will be providing the movie’s original score.

Turning Red follows 13-year-old Mei Lee, voiced by Rosalie Chiang, as she navigates the world while remaining under the watchful eye of her mother, Ming, voiced by Sandra Oh. While this all sounds normal enough, the Disney and Pixar fun comes in the form of a giant red panda! Whenever Mei Lee gets too excited or worked up, which happens frequently, she turns into a giant red panda, which, obviously, isn’t the most convenient thing for a young teenager to be experiencing.

The album’s release coincides with the movie’s March 11 debut on Disney Plus.

The two new posters include one with 4*Town featured on it in boy band poster fashion, while the other is a new movie poster, featuring Mei Lee as the giant red panda.