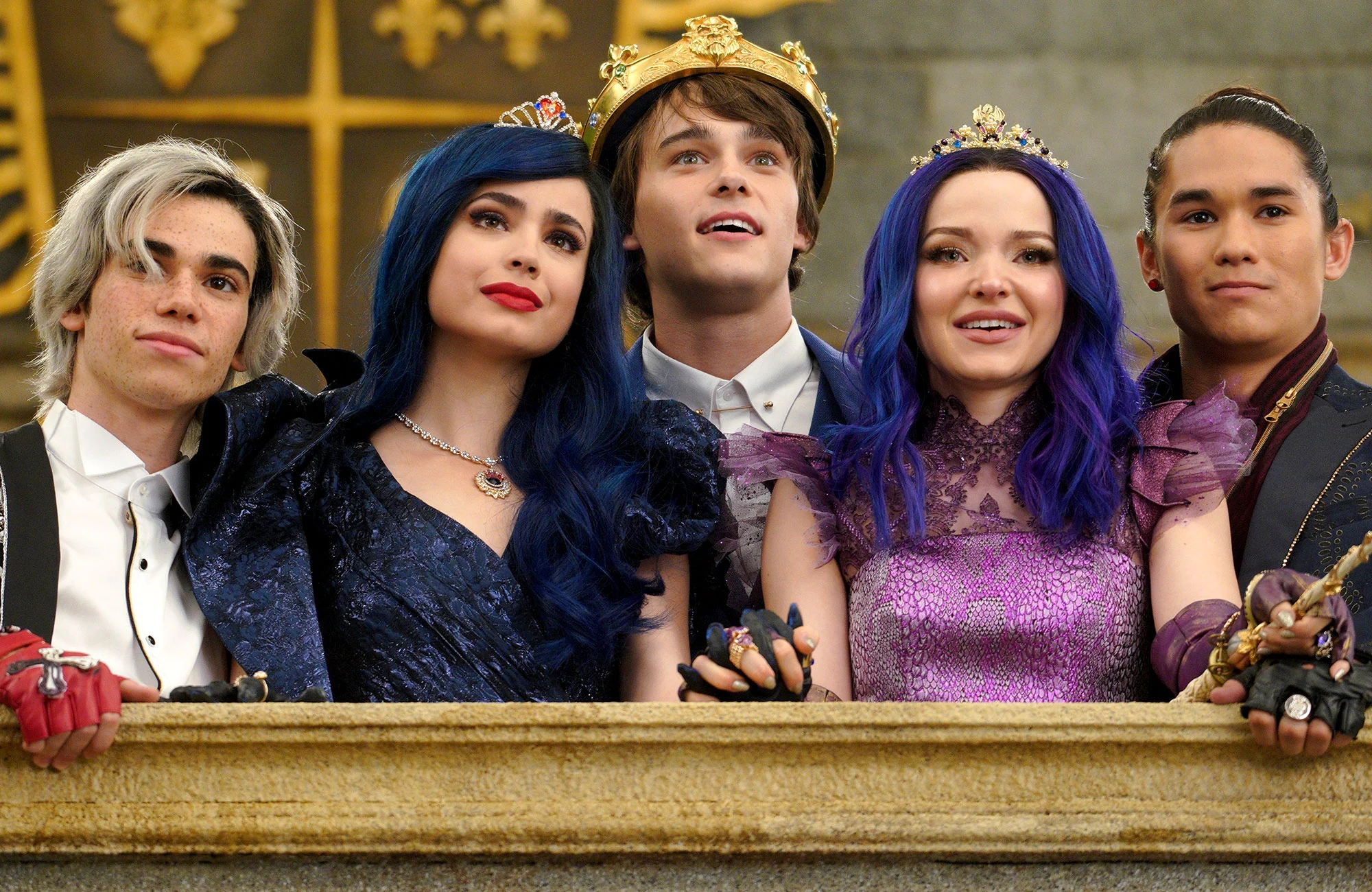 Disney has announced that its smash-hit Descendants franchise is getting a descendant in the form of a new spinoff that’s coming exclusively to Disney Plus. With the working title The Pocketwatch, this movie musical will dive back into the popular universe that’s home to the sons and daughters of some of the most iconic heroes and villains in the Disney canon.

The Pocketwatch will introduce Red, the “whip-smart and rebellious” teen daughter of the Queen of Hearts, and Chloe, the “perfectionist and athletic” child of Cinderella and Prince Charming. As the kingdom of Auradon celebrates the arrival of a royal baby, Red and Chloe must join forces to foil an impending coup. And to do it they’ll travel back in time, thanks to the White Rabbit’s pocketwatch, to undo an event that would lead to grave consequences.

Jennifer Phang (The Flight Attendant) is set to direct and co-executive produce, as based on a script by Dan Frey and Russell Sommer. It’s been confirmed that The Pocketwatch will feature seven new songs, as well as some covers of classic numbers from Disney’s back catalog. Ayo Davis, president of Disney Branded Television, had the following to say in a statement:

“With a captivating script and Jennifer Phang’s directorial vision, we’re setting a new high bar of creativity and imagination, with a movie that ups the ante on story, song and dance to entertain young viewers, their families, and the global fan base that grew up with the aspirational story of Descendants. We join them in anticipation as we prepare to deliver a great new entertainment experience to Disney Plus.”

Phang, meanwhile, revealed how excited she is to get to work on the project in her own response to the news:

“The Pocketwatch presents a delightful canvas with fantastical world building. Musicals sparked my imagination when I was a kid and are a huge part of what drew me to filmmaking. I think that’s because they have a way of conveying these lovely, nuanced ideas through song and expressive movement. I’m also always inspired by the diversity of families that exist all around the world. So I really jumped at the chance to craft a supercharged musical experience and explore some new, invigorating themes inside an expansive Disney universe.”

The original Descendants trilogy, which released in 2015, 2017, and 2019, starred Dove Cameron, Sofia Carson, Booboo Stewart, Cameron Boyce, and Mitchell Hope. An animated TV special, Descendants: The Royal Wedding, followed last year, making it the first installment in the franchise to come out following Boyce’s death in 2019. No casting details have been revealed for this spinoff so far, meaning it’s unclear if any of the surviving stars could feature.

The Pocketwatch will likewise be the first Descendants project to debut as a Disney Plus exclusive instead of on The Disney Channel. A release date has yet to be set.