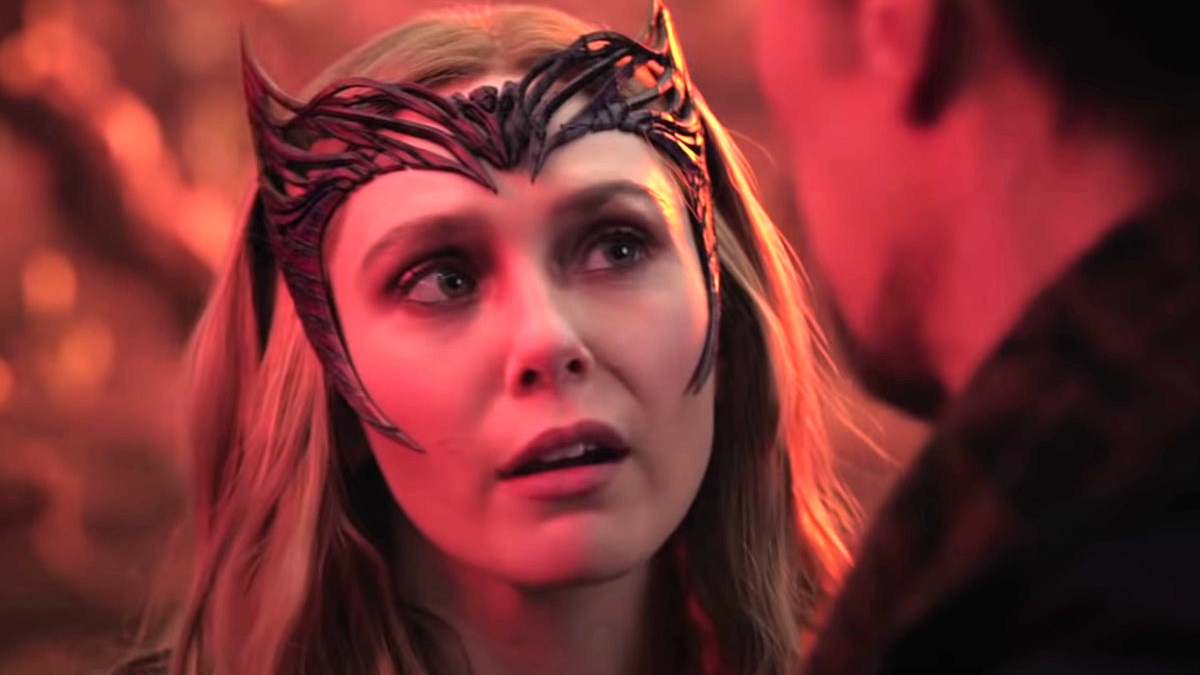 A fan theory for Doctor Strange in the Multiverse of Madness addresses why Professor X might not have seen Scarlet Witch as a threat initially.

A poster on Reddit speculated that Scarlet Witch (Elizabeth Olsen) might not have been seen as a threat because on Earth-838 she was a happy mother of two. If Ultron bots never went rogue that would mean that Vision might not have been made, but she still might have lost her brother Pietro Maximoff (Aaron Taylor-Johnson). Another terrible event could’ve triggered her, causing her to create her two sons, which then makes Professor X (Patrick Stewart) create a barrier in Wanda’s mind to keep her away from the devastating truth.

The poster theorized that no one in the Illuminati would have known about this except for Xavier. When Doctor Strange (Benedict Cumberpatch) informs them Scarlet Witch is coming in her true form, Professor X believes him because he knows the truth. He doesn’t cast his vote, giving Strange more time to find a way to stop her.

Fans quickly pointed out their uncertainty about this plotline in Doctor Strange 2. With Wanda’s power levels, it’s hard not to view her as a potential threat in any universe. She had already trapped the town of Westview into sitcom realities, and as a powerful telepath, someone like Charles Xavier should be aware of this.

Professor X has done similar mind manipulation in the past to Jean Grey, who lost control due to her emotions when she’s overtaken by the cosmic entity known as Phoenix, so it’s not outside the realm of possibility. He’s known for doing what he believes is best even if it turns out to be an invasion of privacy. Xavier isn’t new to the world of superpowered individuals losing control, and this theory gives him more agency in this multiversal story.

Doctor Strange in the Multiverse of Madness is now playing in theaters.