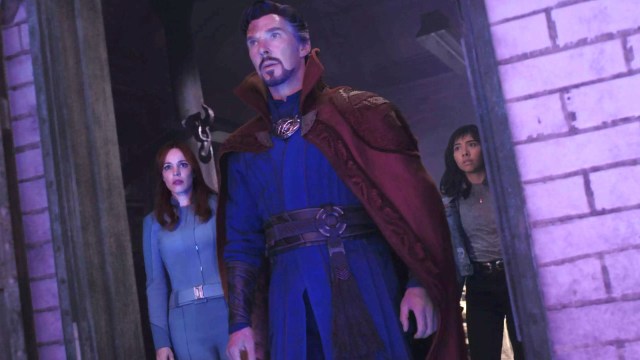 Fresh off her star-making turn as America Chavez in Marvel’s spring blockbuster sequel Doctor Strange in the Multiverse of Madness, Xochitl Gomez has landed her first post-Marvel debut role. While we’ve yet to discover where the actress will show up next in the MCU, the 16-year-old has boarded sci-fi thriller Ursa Major, in which she’ll star opposite Birds of Prey alum Mary Elizabeth Winstead.

As first touted by The Hollywood Reporter, the duo will lead the movie, which comes from Kin directing duo Jonathan and Josh Baker. Ursa Major follows Charlie (Winstead) and Natalie (Gomez), a mother and daughter fighting to survive on an Earth-like alien world as they hide from a group of relentless hunters, as well as trying to prepare for an imminent and deadly storm.

Things will get even more tense when Natalie begins to question her mother’s decisions, not to mention her explanation of who they are and how they arrived where they are. In other words, it seems like a lot of the heavy-lifting of the story will fall on Gomez’s shoulders, so it looks like we’ll really get to see her strut her stuff as a dramatic performer after her somewhat lighter role as America.

Station Eleven creator Patrick Somerville co-wrote the script for Ursa Major alongside Colleen O’Brien and Katie French, not to mention producing with creative partner David Eisenberg. XYZ Films is handling global distribution sales, with the plan being to find a buyer at next week’s Toronto International Film Festival. With such a fascinating premise and an array of talent in front and behind the camera, no doubt there will be a lot of interest in the project.

This is Xochitl Gomez’s only announced upcoming project to date, but Mary Elizabeth Winstead will next be seen in Star Wars series Ahsoka, coming to Disney Plus in 2023.