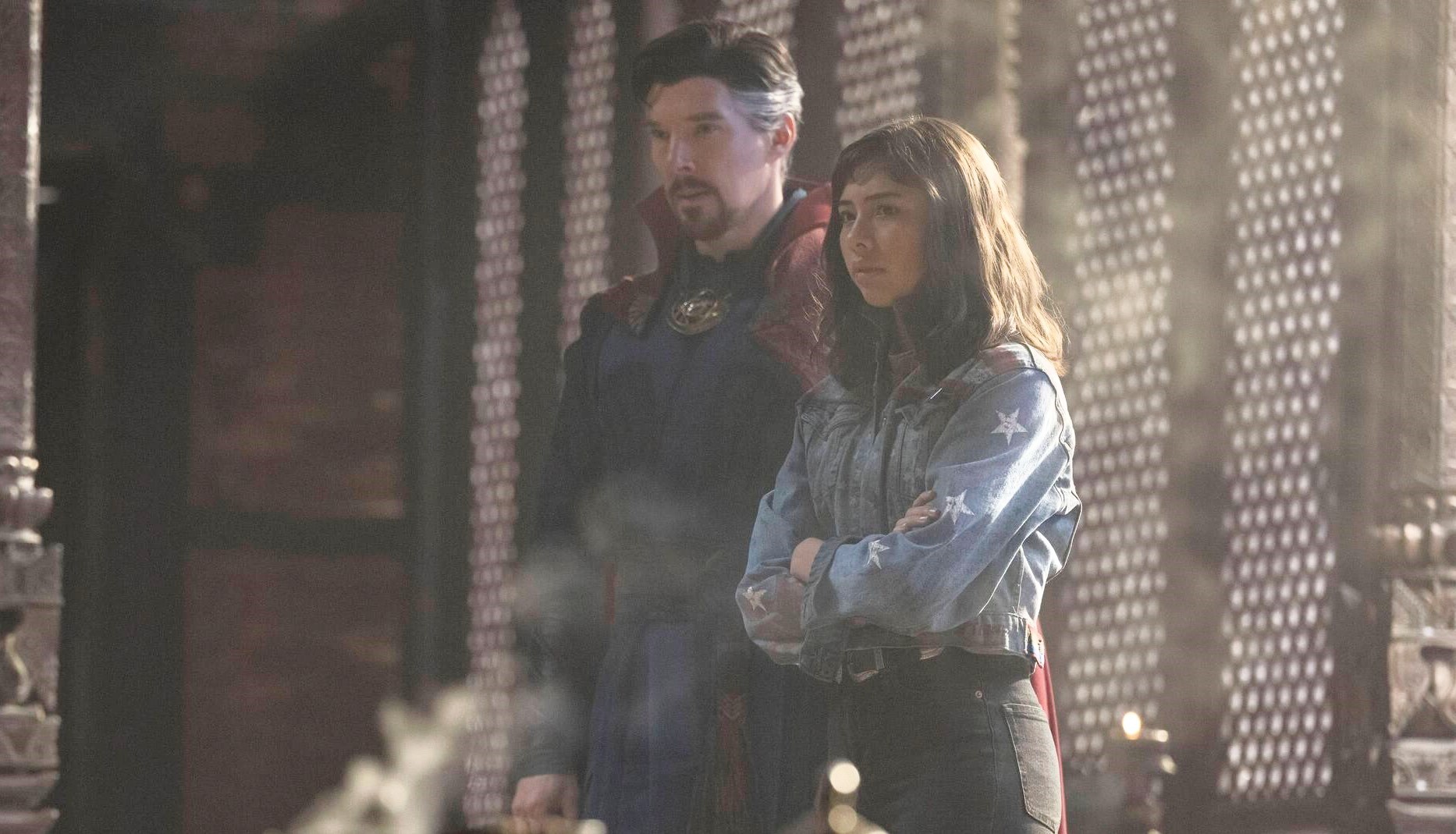 Doctor Strange in the Multiverse of Madness has a lot going for it and should be a fun romp through the weirder corners of the MCU. However, in the future there’s a good chance it’ll be remembered as the movie that debuted Xochitl Gomez’s America Chavez.

Also known as Miss America, Chavez made her Marvel Comics debut in 2011 and has powers that include traveling through the multiverse. One of the more interesting comic-book developments is an issue of Hawkeye that showed her as a possible future successor to Captain America and taking on a lead role in a future Avengers team.

Now Gomez has hinted that her performance took this into account in a new interview with Marvel.com.

“You can definitely see the beginning stages of what future America might become. I took stuff that was in the comics, and kind of lightened it up since she’s less experienced. She’s younger than any of her known appearances in the comics, and I think you can see that.

It was a fun challenge exploring what a younger and less experienced America might be, but also hinting towards the serious leader she would soon become. I wanted to keep that kid energy and a little bit of that fake-it-till-you-make-it confidence.”

It’s notable that the trailers and TV spots have been avoiding showing much of America, which either indicates that her role isn’t that big, or perhaps, she is playing such a major role in the story that it’d be a spoiler to show her in action.

Regardless, Marvel Studios can add her to their burgeoning next generation of young heroes they’re steadily introducing. So far, we have met Florence Pugh’s Yelena, Hailee Steinfeld’s Kate Bishop, and Letitia Wright’s Shuri, with Dominque Thorne’s Riri Williams and Iman Vellani’s Ms. Marvel on the way.

Our first encounter with America Chavez is now just a week away, with Doctor Strange in the Multiverse of Madness hitting theaters on May 6.