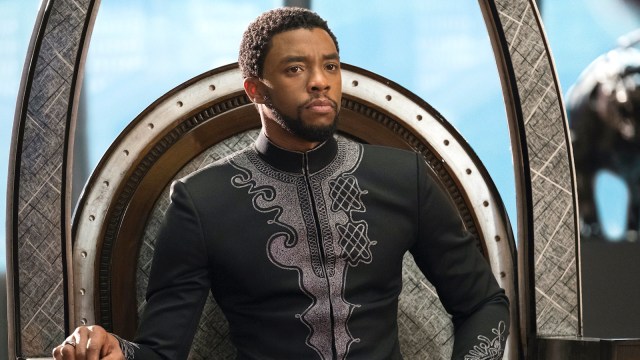 Now that the teaser trailer for Black Panther: Wakanda Forever has finally been released, MCU fans are wondering whether Chadwick Boseman’s T’Challa will appear in the highly anticipated upcoming film.

Ever since Boseman’s tragic passing from a private battle with colon cancer in 2020, there’s been plenty of talk about whether or not the role of T’Challa should be recast in Wakanda Forever and if the legacy of the character should end with Boseman’s own.

In response to Boseman’s passing, Marvel president Keven Feige announced at Disney’s Investor Day in 2020 that Boseman’s T’Challa would not be recast with another actor.

“Chadwick Boseman was an immensely talented actor and an inspirational individual who affected all of our lives professionally and personally. His portrayal of T’Challa the Black Panther is iconic and transcends iteration of the character in any other medium from Marvel’s past.”

T’Challa’s younger sister, Shuri, has been rumored to take up the mantle of Black Panther, but little is known about her role in the film, not to mention the film itself. Even though it’s been confirmed that T’Challa won’t be recast, fans can’t help but wonder if Boseman will make an appearance via digital recreation. It’s a process that Disney has used to revive the younger version of Mark Hamill’s Luke Skywalker in The Mandalorian and The Book of Boba Fett. Will it do the same thing with Boseman’s T’Challa?

Even though Disney has used digital recreation in the past ⏤ most notably with Hamill’s Skywalker ⏤ the company will not do so with Boseman’s T’Challa.

“You will not see T’Challa in the MCU 616 universe,” said MCU vice president of development Nate Moore when asked the question on the Ringer Verse podcast. “We couldn’t do it.” Moore goes on to say the decision to let the role of T’Challa end with Boseman was made within minutes. “So much of T’Challa in the MCU on the screen – not in comics – is tied to Chadwick’s performance… At no point did we consider recasting… The challenge for Black Panther: Wakanda Forever is telling a story without T’Challa,” he said.

The decision to end T’Challa’s storyline has become a hot button topic among fans as #RecastTChalla continues to trend in response to the new trailer. Even though Boseman’s T’Challa won’t be in the film, the movie will still be “an incredible honor” to him, said Letitia Wright, who plays Shuri in the film. “It’s jam packed with exciting stuff,” she told Variety. “We honored him by committing ourselves to the story that he started, the legacy that he started with this franchise.”

Whether or not Wakanda Forever will feature flashbacks of Boseman is yet to be known, but one thing is for sure: there won’t be new footage of the once-in-a-lifetime actor and T’Challa’s storyline is officially over.

Black Panther: Wakanda Forever will be the final film in the MCU’s Phase Four storyline, and it will premiere in theaters everywhere on Nov. 11, 2022.