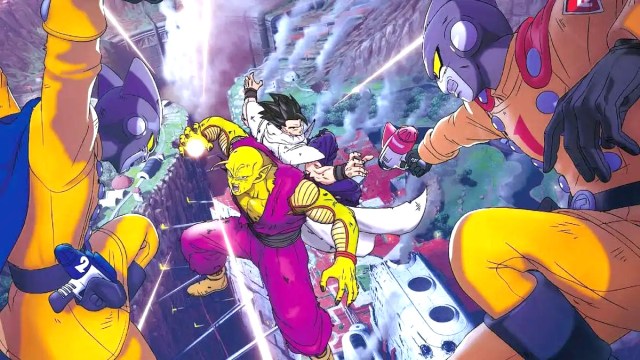 Anime continues to prove itself more popular than ever on a global scale, and not even the prospect of watching Idris Elba fight a lion was enough to stop Dragon Ball Super: Super Hero from comfortably winning the box office this weekend, with the anime setting several records in the process.

Not only is an estimated $20.1 million debut almost double that of Elba’s gonzo B-tier thriller Beast, but distributor Crunchyroll is already stating with some degree of confidence that the 21st feature-length installment in the sprawling universe is poised to land the best global debut ever for an anime movie.

Among further benchmarks being set are the $3.4 million haul from 327 IMAX screens, which is both the widest rollout and top-grossing first frame for anime, while Super Hero could be in with a shot at matching the $21.2 million debut of last year’s Demon Slayer: Mugen Train by the time the dust has settled and the final numbers have been crunched.

To put things into perspective, 2018’s Dragon Ball Super: Broly brought in less than $10 million from around 1200 screens, whereas Super Hero has been unleashed on upwards of 3000 and comfortably doubled those numbers. That just goes to show that the appetite for anime is definitely there among theatrical audiences, with Crunchyroll leading the charge in bringing it to the masses.

Beast underwhelmed slightly with a $10.1 million take across its first three days in theaters, but the real question heading into the next few days is whether or not Dragon Ball Super: Super Hero will continue its rich vein of moneymaking form.