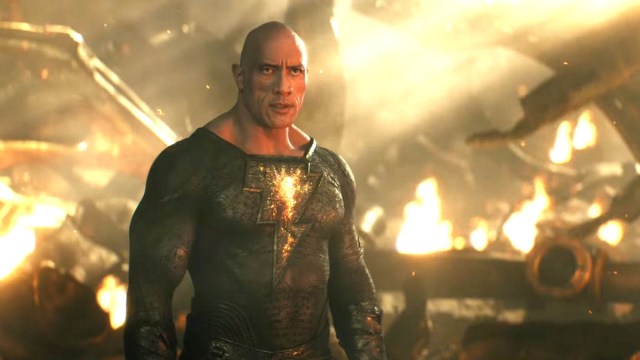 When fans think of massive superhero crossovers often they pitch the idea of seeing DC or Marvel characters meet each other within their own universes, but ahead of his DC debut, Dwayne “The Rock” Johnson wants things to be done even bigger.

While speaking to GamesRadar The Rock shared his thoughts that one day the mighty comic book film border should be crossed and Marvel and DC work together to craft the most ambitious crossover to date.

Of course, this is the reality all comic fans would ideally like to exist within, but sadly it doesn’t seem likely that a crossover of this magnitude is on the cards. Right now, Marvel Studios is continuing to craft the next phases of their massive MCU while DC is struggling at Warner Bros. to build out its own connected world.

Fortunately, The Rock is also open to crossovers within DC’s universe which is a much more realistic goal. It isn’t clear exactly which characters would be considered to star alongside DC’s newest.

Fans won’t need to wait long to see The Rock make his debut in DC’s franchise as Black Adam is set to land in theaters on Oct. 21.