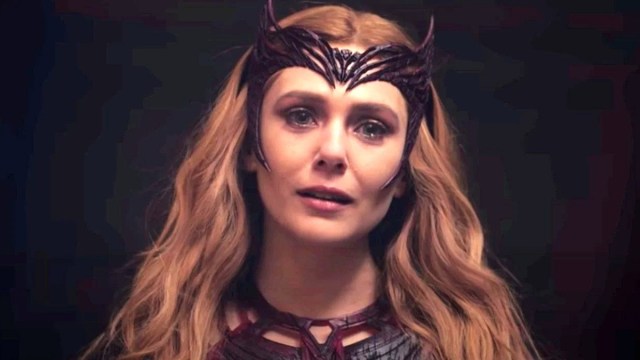 Marvel successfully pulled the wool over our eyes when it came to Doctor Strange in the Multiverse of Madness. Despite the marketing leading us to think that Wanda Maximoff would be a secondary protagonist and ally to Stephen Strange in the Benedict Cumberbatch sequel, it quickly became apparent in the movie itself that she was actually its main antagonist, with the film’s big early twist unveiling that Scarlet Witch had became corrupted by the Darkhold since the events of WandaVision.

It turns out it wasn’t only the fans who were shocked by this development as Elizabeth Olsen has admitted she was just as blown away by Wanda’s turn to the dark side as audiences were when she first read the script for Doctor Strange 2. While reflecting on her role in the Sam Raimi production to Variety, the actress recalled her initial reaction to finding out she was swapping sides from superhero to supervillain. As she said:

“I called my team, and I was like, ‘You guys, I’m the lead villain in this film. I didn’t know that’s what we were doing, but that’s what’s happening!’”

The sudden shift of Wanda’s moral alignment was a hugely controversial sticking point for the fandom, with some loving the twist and others feeling like it betrayed her character development in WV. For Olsen, though, it sounds like this opportunity was one she excitedly embraced with open arms as it allowed her to stretch her range even more in a role that’s never grown stagnant since her MCU arrival in 2015’s Avengers: Age of Ultron.

Something we can all agree is disappointing, though, is that we’re not sure where the sorceress could appear next, as there’s no further Marvel projects for Olsen on the docket — despite all those rumors a Scarlet Witch solo movie was going to be announced at D23. Although, clearly, even if the studio did have something in development, Olsen herself would probably find out along with the rest of us.