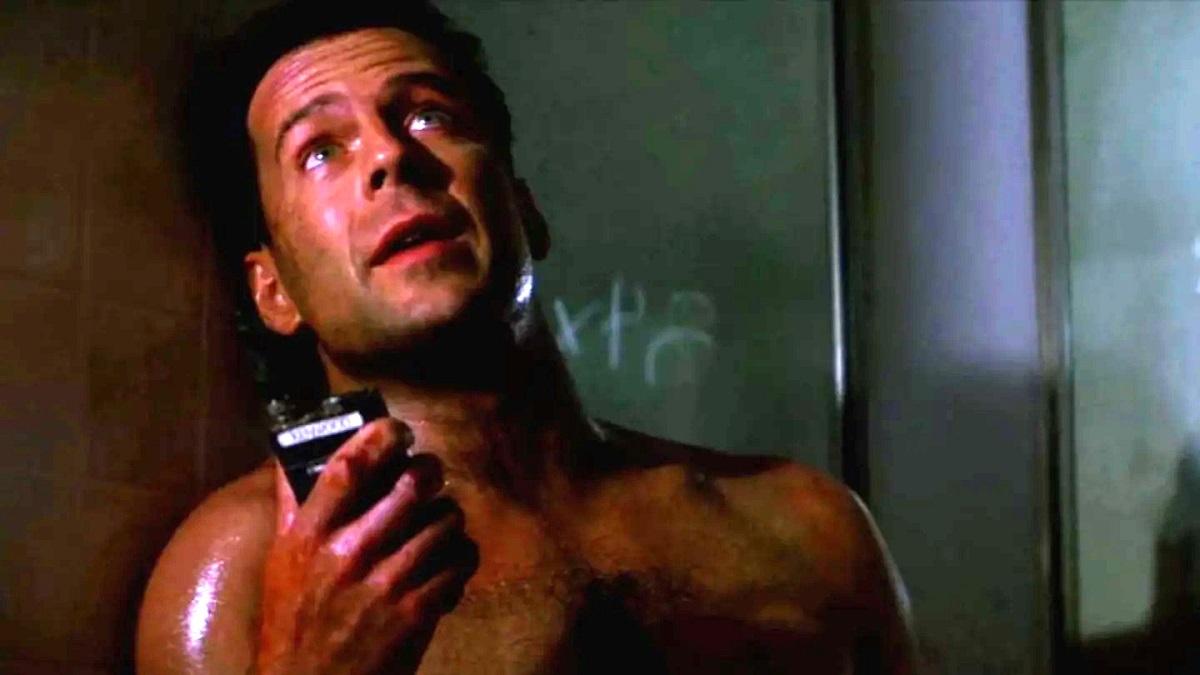 The Christmas season is once again looming, and you know what that means.

It’s time to enjoy the absolute best holiday film the cinematic world has to offer. Die Hard’s status as a Christmas movie is up for debate—for those who enjoy being wrong—but a huge number of John McClane fans make a habit of ringing in the holidays with an annual viewing of the first Die Hard release.

Across five films and more than 10 hours of story, McClane has tested his mettle against a range of clever and capable villains. The first film set a precedent that was near-impossible to beat, but each fresh Die Hard release did its absolute best to present a villain on par with one Hans Gruber. They experienced varying success, overall, but every Die Hard villain has something great to offer.

The fifth Die Hard film is inarguably the weakest of the batch. A Good Day to Die Hard sports a pitiful 15 percent on Rotten Tomatoes, with reviews largely blasting it as “disappointing” and a “shell of its predecessors.”

With this in mind, it’s no wonder that the film’s antagonist is also the weakest in the Die Hard lineup. Yuri Komarov is unique in his status as a hidden antagonist, and as the only main Die Hard villain to die by someone other than John, but these are his only standout qualities. Komarov is forgettable, plain and simple. Many viewers who tried to enjoy A Good Day to Die Hard when it released in 2013 will remember little of the film’s titular antagonist, instead dwelling on the lackluster memories of the film he helped helm.

The overarching antagonist of the second Die Hard film is more memorable than Yuri Komarov, but not by much.

A drug lord and vicious South American dictator, Esperanza was clearly an attempt by the filmmakers to present a thoroughly different villain from the first release. They did manage to succeed in this, but in attempting to add distance between Esperanza and Hans Gruber the team inadvertently made a lackluster antagonist. His plan is pretty uninspired, and his chemistry with McClane is bland and uninteresting, but at least his death is explosive.

Far more interesting than the alternate Die Hard 2 antagonist is William Stuart, the villain who takes the lead in the fight against McClane and his pesky, plot-stopping tendencies. A former US Special Forces commander turned terrorist, Stuart has the gravitas and derangement to carry Die Hard 2 all on his own, which really only serves to make Esperanza’s character look weaker. His introductory scene is one of the most memorable in the entire franchise, and his sheer coldness and icy resolve is genuinely intriguing. He’ll go down in history as the most unpredictable and utterly bonkers villain to ever face off against John McClane, but that doesn’t necessarily make him the best.

The older Gruber brother might just be more clever than the Die Hard villain who started it all. He’s certainly more creative, and man can Simon Gruber cling to a grudge.

Gruber’s plot in Die Hard with a Vengence is one of the most convoluted, and interesting, in the entire franchise. His fixation on making McClane pay for the death of his brother leads the older Gruber to string McClane along via a series of stunts, all as a distraction from a truly massive heist. Shockingly pragmatic, clever, and with too many standout lines to choose between, Gruber really gave his younger brother a run for his money.

Karl isn’t among the lead Die Hard villains, but he’s certainly one of the most memorable. One of the most prominent henchmen among Hans Gruber’s collection of thieves and thugs, Karl effortlessly cultivates a grudge of epic proportions against McClane, and remains in the running for the best Die Hard death.

You just can’t beat the sheer brutality, rage, and ruthlessness of Karl. His utter dedication to claiming McClane’s life is genuinely admirable, and his transformation from stoic professional into the deranged Terminator with a perfect, sculpted ass is impossible to match.

The main antagonist of Live Free or Die Hard might just be the smartest of the bunch, but his overall presence can’t quite compete with the number one villain on this list.

All that being said, Thomas Gabriel is a truly fascinating villain. A former Department of Defense employee, Gabriel turns on his former employers after he’s fired for attempting to expose holes in their defenses. This urges Gabriel to seize upon these same weaknesses in a genuine attempt at theft, and in the process initiates a mind-boggling attack on the entire U.S. computer infrastructure. His plan is modern, and unique, and ultimately leads to perhaps the coolest final kill in the entire Die Hard franchise.

You can’t beat the original.

Alan Rickman’s Hans Gruber remains the absolute peak of Die Hard villains, despite the collection of respectable criminals that followed him. His plan in the first Die Hard was genuinely good, and likely would have gone off without a hitch if not for John’s interference.

Gruber is cunning, unpredictable, and highly intelligent. He is broadly considered one of the greatest villains of all time—thanks, in large part, to the immortal Rickman’s performance—and his legacy has inspired countless villains in the decades since the first Die Hard hit screens. He remains the best villain to ever grace a Die Hard film, and his impact makes all the other villains on this list look more like cheap imitations than genuine competition. Gruber will live on in infamy for several decades to come—at the very least—and any attempt to remake the first Die Hard is destined to fail, without Rickman’s unique flavor of villainy to carry the plot.