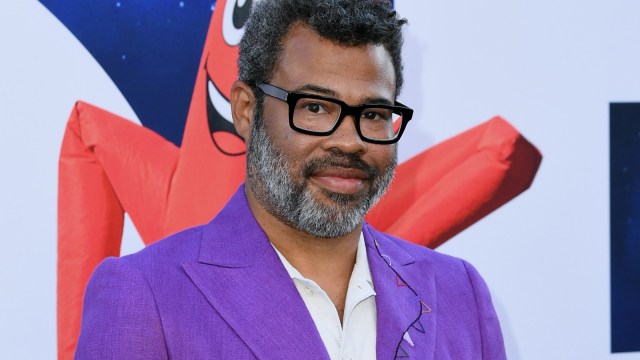 Jordan Peele has unequivocally cemented his legacy as one of the most prolific and profitable directors in the realm of modern cinematic horror. The 43-year-old sketch comedian memorably kicked off his directing career with Get Out (2017) which resonated both commercially and culturally with horror fans across the globe. Peele followed up this success with Us (2019) which accumulated $255 million worldwide and received similar critical praise.

Peele’s new horror extravaganza Nope is set to premiere in theaters and while Nope is guaranteed to echo similar success to Peele’s other directorial projects — with early reviews already praising the sci-fi flick — it’s important to showcase Peele’s earlier movies which undoubtedly helped him become a household name in the horror genre. So, here is every Jordan Peele movie, ranked.

Directed by Peter Atencio and written by Jordan Peele and Alex Rubens, Keanu follows cousins Clarence (Keegan-Michael Key) and Rell (Peele) who, after their kitten Keanu gets stolen, decide to infiltrate a gang to retrieve it. While the screenplay certainly doesn’t depict Peele’s best work, Keanu stands as a genuinely funny film that translates comedic content similar to Peele and Key’s comedy sketch series Key & Peele. While the action/comedy extravaganza is definitely more campy than Peele’s masterclass writing, Keanu is a gut-busting experience packed with plenty of laughs.

Remember, don’t say his name. Directed by Nia DaCosta, the 2021 slasher Candyman was co-written by Peele and serves as a direct sequel to the 1992 original that follows the unsettling urban legend in Chicago’s notorious Cabrini-Green projects. While DaCosta undoubtedly helped bring the film’s fear factor to life, it was Peele’s experience with writing horror that created a magnificent reintroduction to one of the scariest villains in the genre, with his screenplay tackling dense subjects such as race and class within a beyond the grave revenge story.

Peele followed his successful directorial debut with Us in 2019, which eerily followed a family being targeted by a group of vengeful doppelgängers later identified as the “Tethered.” To coincide with Peele’s brilliant writing, he also put together a phenomenal cast that features Lupita Nyong’o, Winston Duke, Elisabeth Moss, and Tim Heidecker, all of who contribute to the bone-chilling premise that further established Peele’s credibility as a director in horror. On top of that, Peele assembles an unexpected twist ending that still leaves our jaws on the floor with every rewatch.

Without a doubt, Get Out remains Jordan Peele’s most successful and culturally-significant film in his repertoire. Both directed and written by Peele, the story follows a young man named Chris (Daniel Kaluuya) who finds himself discovering unsettling secrets about the family of his girlfriend Rose (Allison Williams). Upon release, the film was highly favored by critics and audiences alike, with many movie critics placing Get Out at the top of their lists for the best movies of 2017. In the end, Peele created the perfect balance of horror and drama to send a powerful message of liberal ignorance and the troubles of systematic racism. As a result, Get Out comfortably sits at the top of the list as the best movie from Jordan Peele.