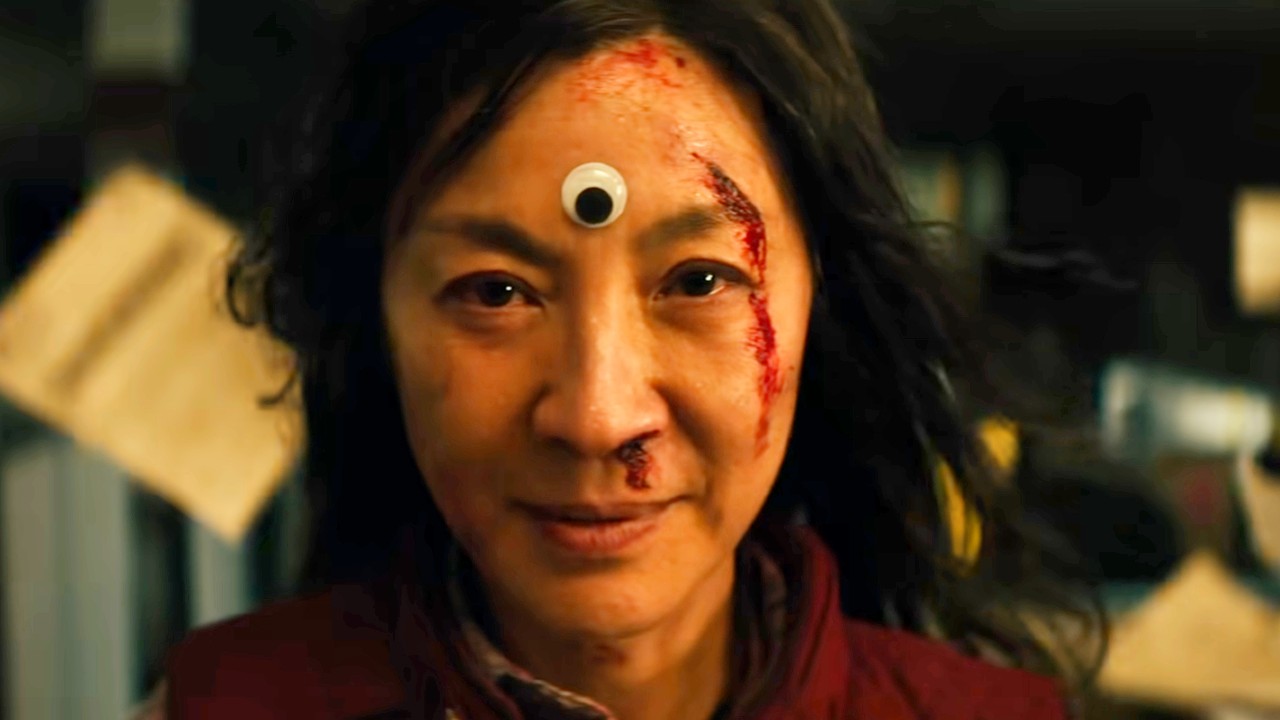 The wild storyline behind Everything Everywhere All At Once is rather fitting for the chaotic mania of the world right now, making the offbeat comedy perhaps the perfect film for 2022. This may be the reason behind its unmatched rating on Letterboxd, the web’s premier location for sharing opinions about film.

Dan Kwan and Daniel Scheinert’s dark comedy crossed with a sci-fi action romp offers a twining, complex web of a storyline, one viewers have been eating up since the film debuted at South By Southwest in early March. While the rest of the world eagerly awaits the film’s full release on April 8, they are making do with the opinions currently littering Letterboxd.

The social media site announced the film’s quick rise via a tweet from its official Twitter account. The Letterboxd account noted, on April 5, that Everything Everywhere All At Once is “the highest rated movie of all time on Letterboxd.”

The film currently has a 4.6 out of 5 on the website, with rave reviews littering its page. The vast majority of viewers — more than 10,000 of them, in fact — gave the film a full five stars, while less than half gave it between 3 and 4.5 stars. The lowest scores tend to complain that the film is too confusing or wild to enjoy, but these reviews are buried under multitudes of rave responses, all from viewers who can’t get enough of the weird and wonderful Everything Everywhere All At Once. Several of the film’s cast members, including Michelle Yeoh, Jamie Lee Curtis, Ke Huy Quan, and James Hong, among others, received particularly high praise.

In response to news about the Letterboxd accomplishment, the film’s writing and directing team engaged in a brief celebration. Dan Kwan and Daniel Scheinert reacted to news of their film’s popularity with exactly the kind of humorous charm one might expect from the minds behind this captivating movie. They joked that Everything Everywhere All At Once felt like sharing “a video that we thought was funny,” only to have it go promptly viral. They noted that it was almost “embarrassing” to be so well received, but lavished in the compliments their creation has earned.

Producing a perfectly fitting award — complete with the paper addition of “Best Movie of All Time” on its plaque — the two engaged in a mock award ceremony, in which they thanked “recency bias” and “all the hardcore fans who are hyperbolically praising us, giving us five-star reviews” despite the fact that Kwan and Scheinert “don’t agree with any of it.” Pointing out that they do think their movie is “good,” and that they are “proud of it,” the film-making duo emphasizes that it is “not better than Parasite” or “The Godfathers.”

They might be right about that, but the vast majority of audiences will have the chance to make that call for themselves following the film’s official release on April 8.