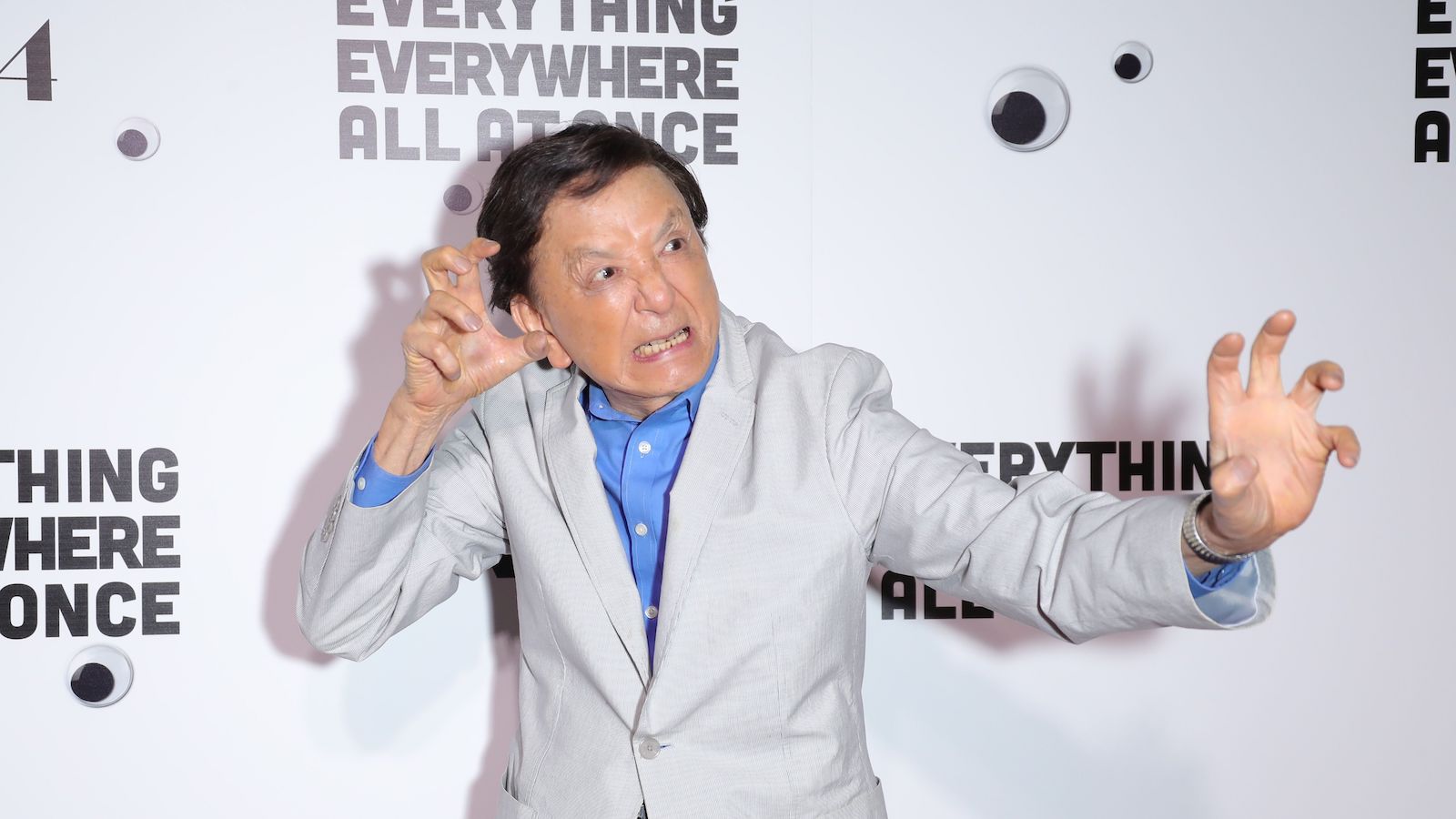 Actor James Hong isn’t exactly a stranger to movie strangeness. The 93-year-old actor has been in some of the more eccentric films ever made, including Big Trouble in Little China, Bladerunner, Airplane!, Balls of Fury, and even a Godzilla movie, so when he says a movie is crazy, he knows from which he speaks. And according to Hong, his latest film, Everything Everywhere All at Once, is the craziest film he’s ever been a part of.

Since its March 11 premiere at South by Southwest, Everything Everywhere All at Once has earned a 96% positive critics rating on review aggregator site Rotten Tomatoes. Although the film practically goes out of its way to avoid easy synopses, in the simplest of terms, Evelyn, played by Michelle Yeoh, is facing a rather busy day that will culminate with a New Year’s party that her father, played by Hong, is flying into town to attend. Hijinks ensue. But not of the wacky sitcom variety. Rather, Yeoh’s character ends up having to save reality by traveling through infinite dimensions in space and time while encountering multiple versions of herself in order to gain the skills to win a very improbable and possibly ultimate battle. Entertainment Weekly‘s Leah Greenblatt describes the film as “A chaotic full-tilt multiverse of hot dog hands and flying Pomeranians.” Hong appears to agree. The character actor recently told Slashfilm why he thinks crazy works in Everything Everywhere All at Once‘s favor.

My takeaway from this film and doing this film is that it was a lot of fun to be in possibly the craziest film I’ve ever been a part of, that I ever participated in. It’s a fun film, and it gave me a chance to work with people who want to contribute. Nobody is superior in this film. Everybody work [sic] as a member of the team, and I think it shows in this movie. It’s one wholeness in the sense of many pieces. That’s the great thing about working in this film.

Hong certainly has the experience to gauge what does or doesn’t work in a movie. The esteemed character actor, who is also a producer and director in his own right, has a string of over 600 credits as an actor and voiceover artist. Hong has appeared in at least one movie nearly every year since his film debut in 1954, sometimes acting in several projects in a given year. He’s already been featured this year as Mr. Gao in Pixar’s Turning Red and will appear in the comedy-horror stop motion animated film Wendell and Wild later in 2022. Not to mention two more projects in post-production.

Hong stated to Slashfilm, “I’m still very active. That wheelchair is just a prop, as far as I’m concerned. In my own movie, Patsy Lee & The Keepers of the 5 Kingdoms Film, my own production, I do a lot of action. So I’m still capable of moving at this age.”