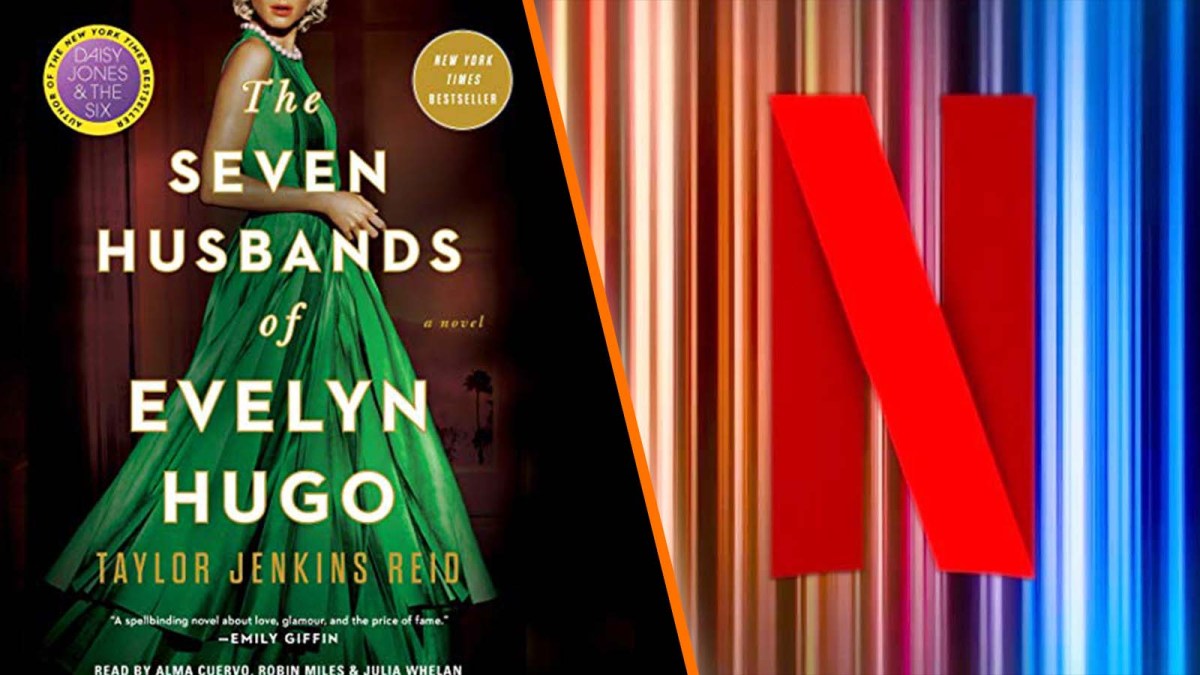 The Seven Husbands of Evelyn Hugo is officially coming to Netflix.

If you’re a reader, chances are you’ve heard of the popular novel written by Taylor Jenkins Reid. The book was published five years ago in 2017, but because of popular social media communities like Bookstagram, BookTube, and BookTok — Instagram, YouTube, and TikTok, respectively — the novel exploded into the public eye. Now, 54 weeks after its paperback release, the novel is still sitting comfortably on the New York Times Bestseller list.

Social media book communities shined such a bright spotlight on the book that even bookstores started taking note. At Barnes & Noble at The Grove in Los Angeles, an entire section of the store is dedicated to popular BookTok titles like The Seven Husbands of Evelyn Hugo. Naturally, this kind of advertising helped sales, but even more so than anything else, it caught Hollywood’s eye.

Here’s everything to know about the new Netflix series.

What is The Seven Husbands of Evelyn Hugo about?

Netflix offered a snippet of what we can expect from the show, and let’s just say we’re already hooked.

“This hugely popular tale centers around reclusive Hollywood legend Evelyn Hugo, who chooses an unknown reporter, Monique Grant, to tell her life story. Evelyn recounts her time in the Golden Age of Hollywood, her rise to fame, and her seven marriages — revealing stunning secrets and lies. But through it all one question remains: Why has she chosen Monique for her final confession?

When did Netflix announce the series?

Netflix announced the adaptation to the public via their Instagram page on March 24th.

The announcement came as a huge relief to fans because previously, the TV adaptation of the novel was slated to appear on Freeform and Fox 21 Television, but when the rights were transferred from Reid, who was scheduled to pen the script, we hadn’t heard much else.

Will it be a movie, series, or limited series?

Netflix hasn’t provided much in the way of elaboration, but from what we can tell it appears The Seven Husbands of Evelyn Hugo will be a movie. If or when that changes we will provide updated information.

When is the release date?

There is no official release date yet, as Netflix only just announced the adaptation. We will provide more information as soon as it is announced.

Who will play Evelyn Hugo?

There is no official word yet on who will play Evelyn Hugo as it will likely be a while before casting is completed and production begins. That being said, fans are already speculating whether there will be two Evelyns or one. In the novel, we relive Evelyn’s past through the flashbacks she shares with reporter Monique Grant. Will Netflix go the route of This Is Us with Mandy Moore’s character and rely on hair and makeup to age the actress playing Evelyn? Or will we get two actresses entirely? Only time will tell.

Who is the creator of the show?

Liz Tigelaar from the Emmy-nominated Hulu limited series, Little Fires Everywhere, has officially been brought on as the creator of The Seven Husbands of Evelyn Hugo. In addition, she will also helm the adaptation of Reid’s other novel, Malibu Rising for Hulu and 20th Century Television.

Any fan of Reid is now surely wondering about the author’s latest and equally popular book, Daisy Jones & The Six. Good news – that will also be adapted into a limited series by Amazon with none other than Reese Whitherspoon at the helm.

Reid’s creative knack for writing movie-esque novels has definitely put her in Hollywood’s spotlight. All three of her novels have been picked up for adaptation, but The Seven Husbands of Evelyn Hugo is easily the most popular. For that reason we can’t wait to see what Netflix does with it. More information will be given as it becomes available.