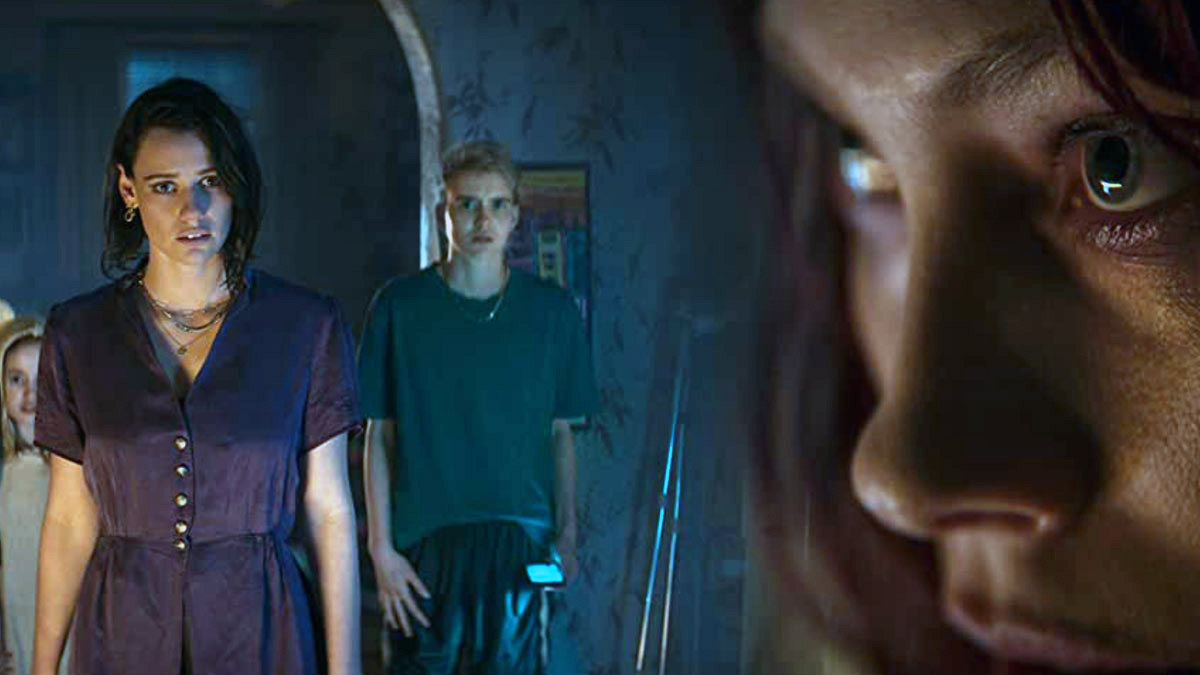 The Evil Dead franchise continues to be one of the most unpredictable and exciting horror franchises with its new installment, Evil Dead Rise.

Fans will know the series has veered between comedy fantasy adventure and deadpan chilling horror for 40 years. That’s just as well, as the first movie has been remade twice, in the form of inventive comedy horror Evil Dead II in 1987 and the brutally straight remake, Evil Dead — the fourth movie released in 2013. With the addition of three series of Ash vs. the Evil Dead, the franchise has become an anthology, where fans never quite know whether to expect their horror to be darkly serious or absurdly funny. The film movie looks to take its lead straight from its predecessor as it introduces undead high-rise chills.

The day after a chilling teaser introduced by franchise legend Bruce Campbell, a full Red Band trailer emerged to provide a happy new year to horror audience on 4 January 2023.

The trailer served up chilling and brutal moments and posed lots of questions. The film’s subject is a family, where a woman’s visit to her estranged sister and children sees them fall prey to a Deadite attack. Deadites are a common link between the Evil Dead movies, the common antagonists, and the primary manifestation of that old dead of the evil kind.

The original Evil Dead drew on Lovecraftian horror to inflict the Necronomicon Ex-Mortis, the Book of the Dead, on horror cinema. Different passages unleash various evils or open portals to alternate realities, but most commonly, release the Kandarian Demon — an entity that creates Deadites. These parasitic demons inhabit host bodies as they rot. As the unfortunately infected sister says at the end of the trailer, there’s no chance for the human host. The family just has to hope it can escape the demon posing as mom. Still, if we’ve learned anything from previous Evil Dead films, any Deadite’s enhanced strength, super-speed, durability, and levitation will cause problems.

The franchise has served up several ways a Deadite can possess a human, including bites and supernatural objects, and we’ll have to wait to see exactly how this family has been driven apart. But sure enough, the flickering pages of the Necronomicon and the chilling incantation confirm Warner Bros. Picture’s official summary. The Book of the Dead has come to town:

“In the fifth Evil Dead film, a road-weary Beth pays an overdue visit to her older sister Ellie, who is raising three kids on her own in a cramped L.A. apartment. The sisters’ reunion is cut short by the discovery of a mysterious book deep in the bowels of Ellie’s building, giving rise to flesh-possessing demons, and thrusting Beth into a primal battle for survival as she is faced with the most nightmarish version of motherhood imaginable.”

What the filmmakers have said about ‘Evil Dead Rise’

Indeed, Lee Cronin, who’s written and directed the movie, continuing the distinctive style and approach of original franchise mastermind Sam Raimi, confirmed that the look was non-negotiable. He told Empire Magazine in December 2022 that Raimi gave him two conditions: “Make sure there’s a book involved, and make sure there are good Deadites.”

Cronin also confirmed that he doesn’t miss the opportunity to play with the most tricksy and talkative zombies in horror. “They talk [and] taunt. There’s more Deadite dialogue than ever before,” he told Empire.

Introducing the teaser, Campbell, who’s stepped back to a production role, told audiences: “I’ve seen the movie in all of its glory, and in case you’re wondering, yes it is amazing… and yes, it is the scariest one yet.”

The trailer doesn’t hold back, with creeping chills giving way to a succession of gory and brutal attacks, promising a horrifically action-packed movie. As well as scalping, there’s the imaginative use for a cheesegrater that may mean you never look at kitchen utensils in the same way again. What is a surprise is that the action’s set to leave the apartment block.

While early Evil Dead movies made a great deal of their cabin in the woods setting, the title’s pun refers to the tower block where evil comes calling. We’ve seen zombies on upper levels before, notably in the 2007 Spanish found footage horror film Rec, but Evil Dead Rise promises to be more than a franchise ‘Died Hard.’ In fact, it shows a couple of ways the dead can rise.

Some eerie lake-side moments nod to Friday the 13th and the talk of dreams to the slasher rival A Nightmare on Elm Street. But the haunting addition of Que Sera Sera over the footage suggests this could be a flashback. Add in a torrent of blood recalling Stanley Kubrick’s The Shining, and it looks like they’ll be a lot for horror fans to enjoy.

It also looks like it will live up to Campbell’s evaluation that while darker and more serious than Evil Dead II, it will have a bit more fun than the 2013 remake, if only thanks to the absurd level of inventive violence. The trailer does call it an evolution of evil, but fans will be reassured that a chainsaw makes a bloody appearance.

Who stars in ‘the ‘Evil Dead Rise’?

Any Evil Dead film requires a solid ensemble to work — whether comedy or drama, we need to invest in characters as they are picked off one by one and discover the supernatural truth. Sure enough, Evil Dead Rise delivers a strong and refreshing cast. Earlier movies tended to present women as victims (including an incredibly controversial scene cut from the original) and a man (typically Ash the Final Guy) as the hero. Evil Dead Rise presents a strong female cast, led by Australian actors Alyssa Sutherland and Lily Sullivan as the two sisters. Another innovation is the involvement of children, perhaps suggesting a new focus on death versus life in the saga.

The announced cast is all new to the franchise:

Behind the scenes, director Cronin is joined by Raimi and Campbell as executive producers, while that pair’s long-term collaborator Robert G. Tapert is the movie’s sole producer. Veteran composer Stephen McKeon will provide the score, having previously collaborated with Cronin on 2019’s The Hole in the Ground. Some strong continuity with the previous Evil Dead film comes from Bryan Shaw, who edited both.

When will Evil Dead rise?

They may be dead, and they may be evil, but they’re spring babies. Evil Dead Rise will be unleashed in movie theaters on April 21, 2023.

Fans can enjoy it at cinemas, although the film was initially commissioned for HBO Max. A well-publicized change of strategy at distributor Warner Bros. Pictures means fans can enjoy a cinematic experience, albeit later than the original August 2022 release date.

They’ll be even more to enjoy as well. With an expected 120-minute duration, it’s the longest Evil Dead feature yet.