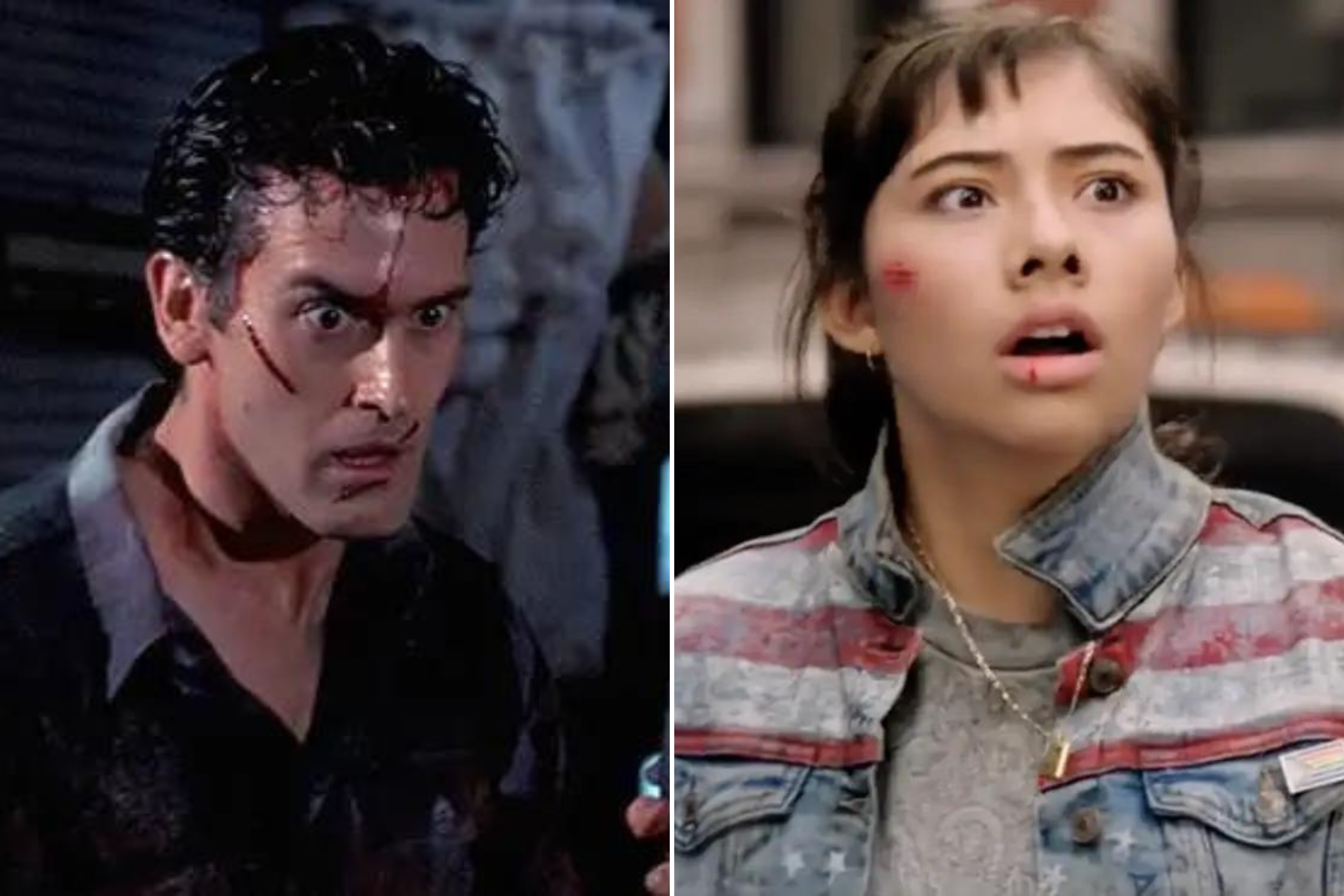 A so-weird-it-might-be-true Reddit theory claims that Ash Williams from the Evil Dead franchise is the biological father of the MCU’s America Chavez.

The Redditor, named Scodo, theorized that, since “Ash Williams is a universal traveler capable of jumping between cinematic universes” and Chavez has “the ability to jump through the Marvel Multiverse,” “their encounter in Multiverse of Madness was no mere coincidence.”

Scodo is referring to Bruce Campbell’s cameo in Doctor Strange in the Multiverse of Madness. Campbell played Ash in the Evil Dead horror films and an unnamed street vendor in the Doctor Strange sequel, all of which were directed by Sam Raimi. As such, they propose that the scene where America meets the vendor is actually America meeting her long lost, other-film-universe daddy, from whom she inherited her dimension-jumping power.

They provided 4.5 supporting examples (acknowledged to be a stretch, the last one is half an example), the most stimulating of which is number three:

“Ash Williams has a proclivity for donating at sperm banks (as seen in Ash vs Evil Dead). This would be an easy way to reliably make a quick buck in any new universe. America Chavez has two moms, and nothing yet in the MCU suggests her powers came from either one of them. It’s possible that Ash donated in America’s birth universe.”

Although creative, the theory has received mostly unfavorable responses. Redditor Arizonagre wrote, “Look I love Ash from the Evil Dead franchise but I don’t think even Stretch Armstrong can make this stretch.”

However, the same Redditor conceded that they would love if Ash Williams joined the MCU.

Keep this theory in mind as you watch Doctor Strange in the Multiverse of Madness, in theaters now.