Collaborating for the first time since 2009’s Nowhere Boy, Sam and Aaron Taylor-Johnson are bringing A Million Little Pieces to the screen, a passion project which the married couple wrote together. Sam, who also directed the film, has had a special attachment to the material for years. A bond so strong that even when James Frey, author of the source material, was chastised for fabricating some of the details in his book, Sam was still eager to to tell this story.

The film, which stars her husband in the leading role, follows a version of Frey who, like in the memoir, is left in rehab to work the drug addiction out of his system.

We Got This Covered recently had the opportunity to speak with both Sam and Aaron about the upcoming film. You can check out our conversation with the director down below, in which discussed her experience partnering with her husband again, as well as working alongside the likes of Billy Bob Thornton, Juliette Lewis, and Giovanni Ribisi. Enjoy!

It’s my understanding that you’ve spent a great deal of time trying to get your hands on this project, which is interesting to me because the book itself has been the subject of some extensive controversy that I would’ve thought would destroy its chances at getting a movie. Can you touch on what about this project, about this book, was so irresistible to you?

Sam Taylor-Johnson: Well yeah, you’re right. It almost lost the chance to be made, and I always thought it should have the chance to be made because it was such a powerful tale of hope for me. And the physical fact of what James Frey has been through, the journey of recovery from addiction and then the very public journey with the shaming and everything, and that he stands here 26 years sober is a true testament to him. I think that when I read the book, I felt the spirit of that and I felt the spirit of him and the story of survival. And I think that it’s an important story to be told, one that offers hope at the end. That’s the thing that resonated with me.

This, as you mentioned, is a story about addiction. A lot of other films have tackled this light-and-dark subject before, but I liked the way you specifically illustrated James’ struggles. I was wondering when you first read the back, before you were even a filmmaker, were you picturing the cinematic elements of the story? Did those sort of ideas bleed through the page?

Sam Taylor-Johnson: Yeah, most definitely. I read this when I was an artist and a photographer. I remember reading it and visually being able to see what kind of movie it could be, and I was visually able to see the characters and how they could come to life. I tracked the book and followed which studio and which filmmakers were attached to it, and I [was always envious] that I couldn’t see what kind of movie it would be.

So I always tracked it, which was to my advantage when the rights went back to James Frey. It’s been an interesting journey, and [after I got a hold of him] he said to me, “well, I’d love for you to go and make it. I just want it to be a creative experience. I made it in the spirit of art, and I’d like you to do the same. I’m not going to be there unless you need me and you should be as creative as you like with the material,” which is a real gift from the author.

That’s probably as good as a gift you can get from an author.

Sam Taylor-Johnson: Yeah, it was great, because I would just call him up and say, “Miles Davis, tell me some stories about him.” And he would say, “here’s his number, why don’t you call him yourself?” It was really helpful to call up James and ask him what kind of cigarettes did he smoke and “when you were there, how did you feel about this?” So to have him as a resource but also as someone who didn’t mind how you interpreted their work was a total gift.

So was that mostly your professional relationship with him? I did read the article about you and your husband that he wrote, and I really enjoyed that, but in terms of making the film, he gave you a total free pass with the material?

Sam Taylor-Johnson: Yeah, a total free pass. And there came a point where Aaron and I, after two years, wrote the script and asked James if he would like to read it before we submit it for financing? And he said, “well, do you want me to read it? Would it be helpful?” And I thought about it, and I said, “actually I think I would prefer if you didn’t read it at this point.” And he was like, “okay, carry on!” 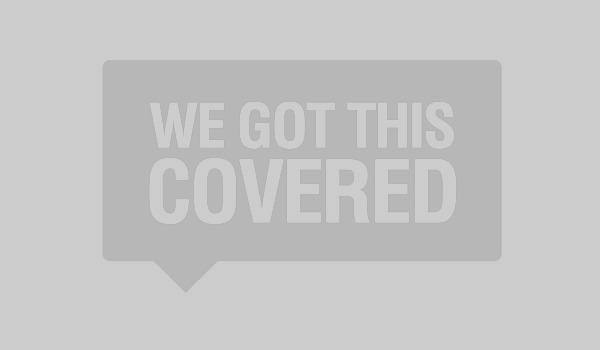