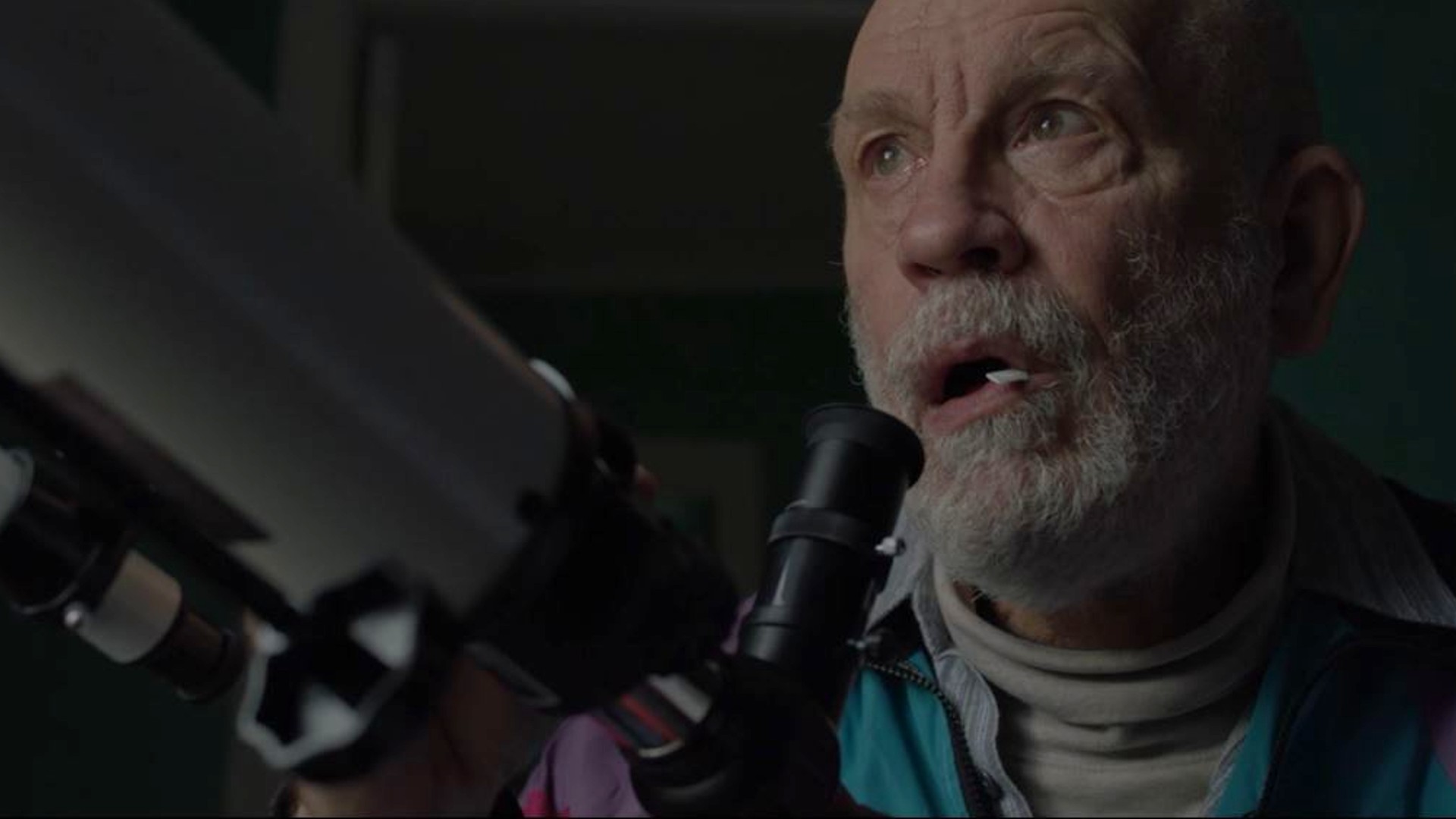 What’s it really like to work with legendary actor John Malkovich? Thanks to our exclusive interview with director Luis Prieto, who worked with the Academy Award-nominated actor on femme fatale action thriller Shattered, releasing next week in select theaters and on demand, we have a better idea.

“It was incredible,” Prieto said, going on to describe Malkovich as “an amazing person” who left an effect on the crew, other actors, and the director, even when the camera wasn’t rolling.

Prieto noted Malkovich was “generous with the whole crew, you know, any time someone needed help of any kind, he would be there … just like one more, but he’s John Malkovich, giving you a hand, so just amazing.”

Prieto added that in addition to being “an incredible human being,” Malkovich also impressed him with the caliber of his craft.

“He blows your mind with every take that you do. He brings something unique and fresh and new to each take. So you’re really growing, the film grows, and as you’re familiar with him, so he’s really fascinating to have him, it’s just amazing.”

Malkovich has garnered an incredible reputation over the years in a number of films, shows, and the stage over the years, including Spike Jonez’ trippy comedy Being John Malkovich, a compellingly unsettling role in the Netflix horror film Bird Box, and two otherwise Academy Award Nominations, both in the Best Actor in a Supporting Role category, for 1984’s Places in the Heart and 1993’s In the Line of Fire.

Prieto, who has helmed the Halle Berry-starring 2017 thriller Kidnap and directed episodes of the Netflix mystery series White Lines, among other works, directed Malkovich in Shattered.

In addition to Malkovich, the film also stars Cameron Monaghan as Chris, a lonely tech millionaire who encounters the seductive Sky, played by Lilly Krug. As their passion grows, things take a bizarre turn when Chris is injured and she quickly steps in as his nurse. But something more sinister seems to be afoot based on Sky’s odd behavior and her roommate mysteriously found dead.

Malkovich plays Ronald in the film — Sky’s creepy landlord whose curiosity often gets the best of him, and a character who Prieto hinted may have something more to him than meets the eye.

Pietro noted that Malkovich brings a subtlety that he brings to the performance that is especially impressive in the unique way that only that actor could bring.

When asked whether Malkovich was the kind of actor who went the method route of never breaking character even after the director yells “cut” or if he can turn the character on and off with the flip of a switch, Pietro said it was largely the latter.

“I think he’s one of these actors that seems that acting is effortless,” Prieto noted. “So one minute you are talking to John Malkovich, the person, and then 30 seconds later you say, ‘action,’ and you get the character that he’s playing that has nothing to do with John Malkovich. It’s more convincing than John Malkovich himself, if you know what I mean,” Pietro said.

Shattered will come to select theaters and also be available on demand starting Jan. 14, and then will become available on Blu-ray and DVD Feb. 22.

This article is one in a series with director Luis Prieto speaking about his new film Shattered. We Got This Covered will publish additional stories in the coming days.