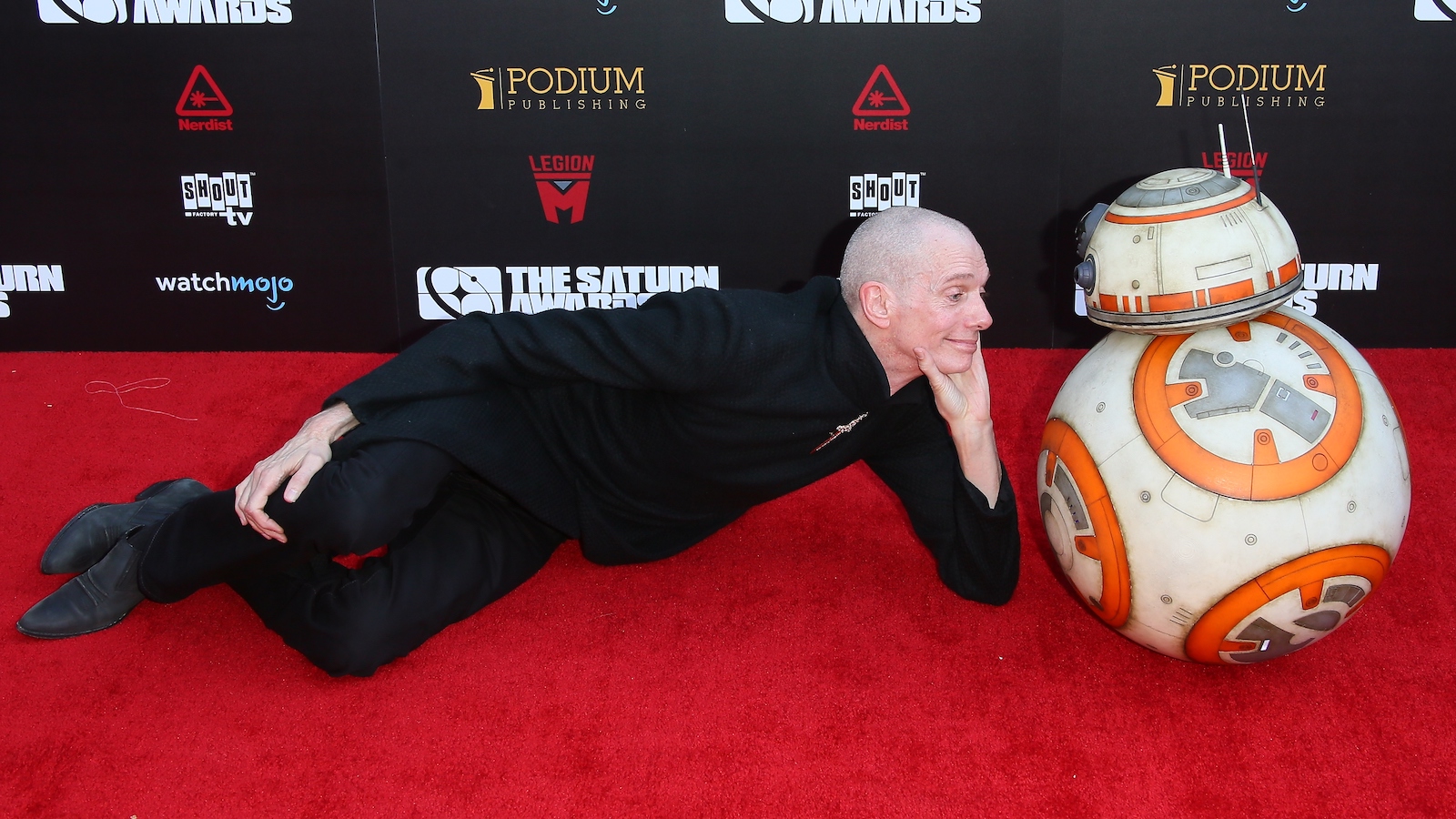 Doug Jones has spent hours in makeup chairs, spending literal half days while prosthetic effect artists and stylists transformed him into scores of Hollywood’s most memorable movie creatures. From the Amphibian Man at the heart of The Shape of Water to Hellboy sidekick Abe Sapien to The Pale Man of Pan’s Labyrinth, Jones has made a cottage industry specializing in playing recognizably inhuman roles. His hard work received a notable honor this week when the Make-Up Artists and Hair Stylists Guild (IATSE Local 706) named him their very first recipient of The Chair Award.

The eponymous  MUAHS Awards recognize outstanding achievements of both make-up artists and hairstylists in motion pictures, television, commercials, and live theater. The honor will be presented to Jones by his co-star, Star Trek: Discovery actor Sonequa Martin-Green.

Speaking to The Hollywood Reporter, IATSE Local 706 President Julie Socash said in praise of the oft-unrecognizable actor, “Talk to any number of the top make-up artists and hairstylists in our industry and they will tell you Doug Jones is a true pleasure to work and collaborate with.” Socash continued, stating, “He is a talented, consummate professional with infinite patience while morphing into all his memorable characters. No one is more deserving of this honor and we wish him a heartfelt congratulations.”

Although Jones has acted sans prosthetics in several films, including Batman Returns, Mystery Men, and Adaptation, he is perhaps most famous – and beloved – for the roles he has helped create using practical and visual effects makeup. Nineties kids will, of course, remember his turn as the zombie Billy Butcherson from Disney’s Hocus Pocus, and comics fans will recall him as the Silver Surfer from Fantastic Four: Rise of the Silver Surfer. Although, like with Hellboy’s Abe Sapien, Jones did not voice the character — David Hyde Pierce and Lawrence Fishburne provided VO for the respective roles — Jones’ sheer physicality inhabited the roles inimitably.

Never shy of work – the actor has made one or more movies nearly every year since 1990 – Jones remains busy. He is currently slated to appear as the vampire Count Orlok in the third remake of Nosferatu currently in post-production, and continues in his fan-favorite role as the Kelpien Captain Saru on Star Trek: Discovery which has been renewed for a fifth season.

IngleDodd Media will produce this year’s MUAHS award ceremony with Erick Weiss of Honeysweet Creative. The ceremony will take place at The Beverly Hilton Hotel on Feb. 19.