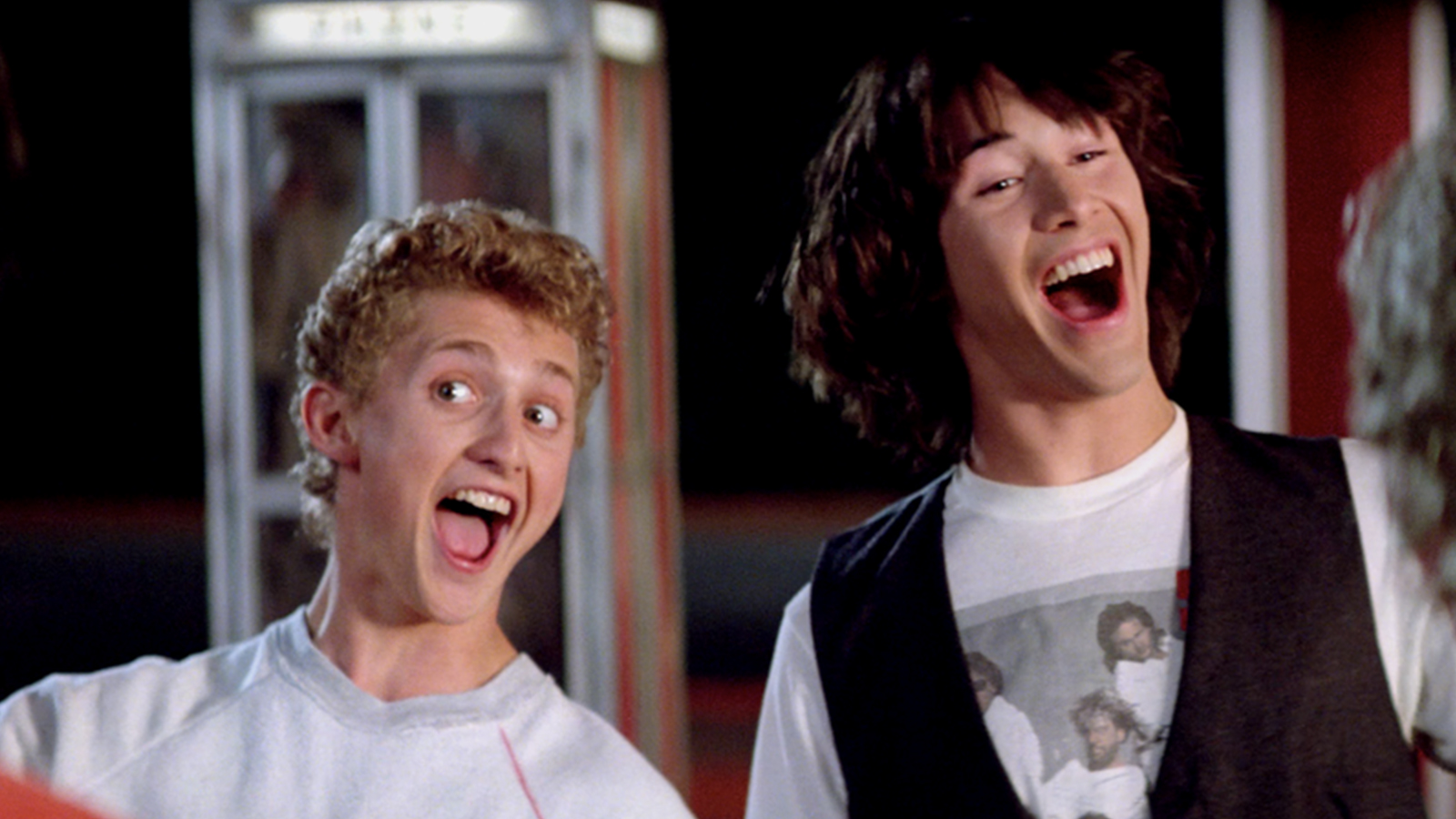 While never dominating the box office, the cult time travel comedy series of Bill & Ted movies have remained an unstoppable pop culture force since the 1989 debut of Bill & Ted’s Excellent Adventure. Keanu Reeves and Alex Winter play the titular duo of good-natured goofs who must travel through time picking up historical figures so they can pass their history finals and save all of time and space. The sequels sent the two through Heaven and Hell, and then into their own futures to determine just how things went wrong.

And in these times, people have really responded to the idea behind the film that the world is a better place when people remember to “Be Excellent To Each Other.” Since 2002, fans have declared “Party on!” on “Bill & Ted Day” on June 9th. That’s because, according to the holiday’s official website, San Dimas High School held its finals on June 9, 1988. Also, “June 9th would be 6/9, the number Bill & Ted are thinking of when they meet themselves in front of the Circle K.”

And this year, fans and the creative team behind the films are celebrating on Twitter. Here, comedy legend Ed Solomon, who co-wrote all three films with partner Chris Matheson, shares a story idea the two had cooked up in 2003 when brainstorming a sequel:

Bill S. Preston, Esq., himself, Alex Winter, acknowledged the holiday by rocking on:

Another fan points out that the stars of the film seem to be as happy-go-lucky as the characters they portray:

And the official account of Bill & Ted Face the Music shares a behind-the-scenes photo from the first film:

And the account also points out that today is the real San Dimas High School’s actual day of finals:

Party on, blog-reading dudes. We wish you the most excellent Bill & Ted Day, and remind you to be most righteous and excellent to each other.