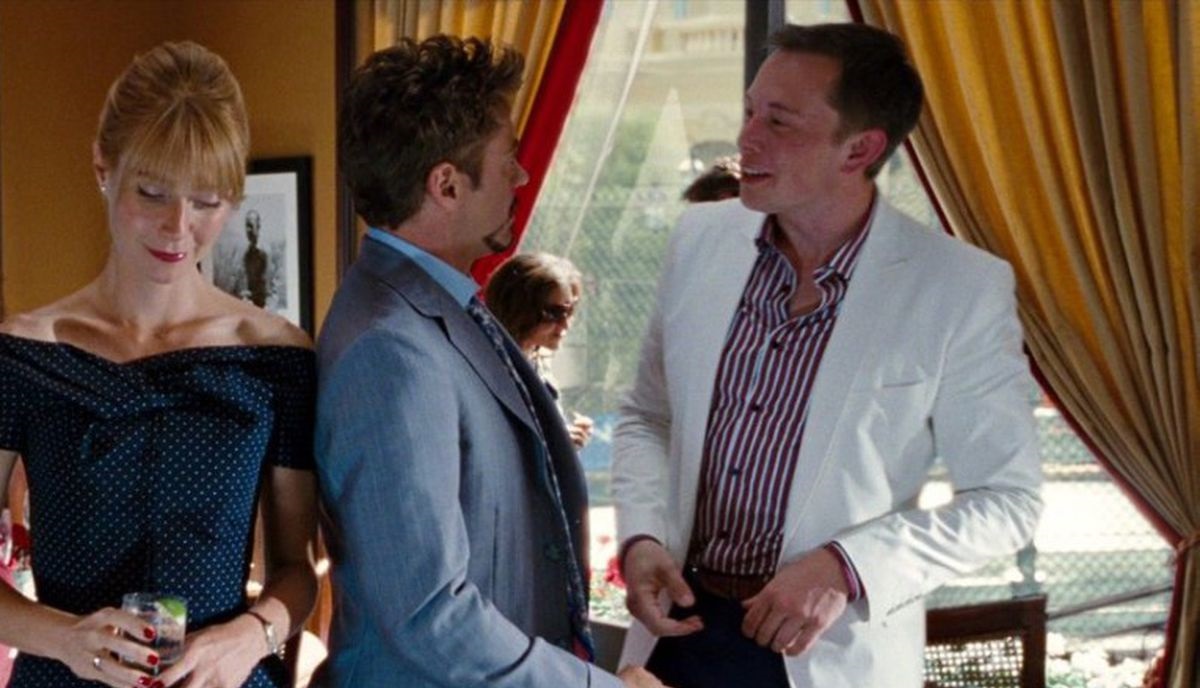 History might have already forgotten this, but diligent MCU fans don’t seem to want to let go of the sequence in Iron Man 2 that featured billionaire Elon Musk playing himself in a brief cameo.

During the film, Tony Stark (Robert Downey Jr) bumps into Musk, whom many on the internet claim to be the real-life alter ego of Iron Man. Tony asks how Musk is doing, complimenting him on the SpaceX engines by saying that they’re fantastic. Elon, meanwhile, uses the opportunity to pitch an “electric jet” to Tony, and he replies, “We’ll make it work.”

The entire sequence is a tongue-in-cheek play on the comparisons that folk often draw between the fictional character and the Tesla CEO, but cameo or not, it also confirms that Elon Musk is canon in the MCU timeline. That, of course, begs the question: What is he up to now?

I mean, to be fair, Elon has already skipped several world-threatening events. He might even have been “blipped” away by Thanos, only to be resurrected in 2023. A new thread on Reddit is actually trying to speculate about what the genius engineer has been up to, and there is a slew of funny comments to be found in between different replies.

One person noted that since he came into contact with Tony, he must be a supervillain now, a neat reference to Ultron and Mysterio.

Another person pointed out that because Elon is so hell-bent on sending people to Mars and launching Starlink satellites, he must be a Skrull in disguise.

Several others are also agreeing with the notion that in a world where Tony Stark actually exists, Elon must be really struggling to catch up with his advanced tech.

Or you know, if Captain Marvel is indeed an authority in space, now would be the perfect opportunity to ask Elon just why on earth he sent a Tesla floating through that endless abyss.

Elon Musk Has Designed His Own Magic: The Gathering Card And It's Adorable
1 of 2

At this point, it feels like Marvel Studios is fully embracing a go big or go home policy in regards to the MCU, so the return of Elon Musk for further cameos down the line isn’t completely far-fetched.