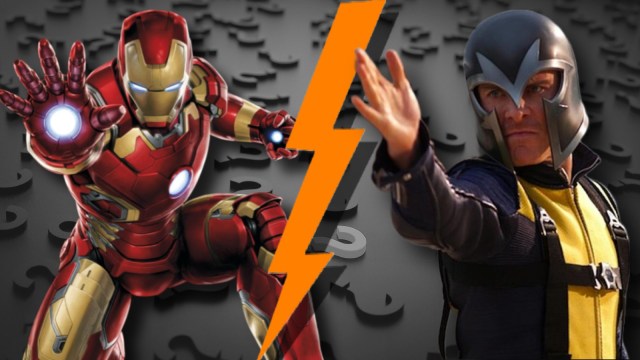 There are many arguments in the MCU that have the power to divide its loyal fanbase, but nothing stirs the pot like a hypothetical battle for the ages. One such debate is whether Fox’s Magneto would be able to defeat Marvel Studio’s Iron Man. Would the self-proclaimed the genius, billionaire, playboy, and philanthropist stand a chance against the powerful mutant who controls the very element his suits are made of?

Of course, Magneto would dispel Iron Man in no time, right? After all, Magneto’s power is magnetism, so you can imagine the results. However, Twitter had some interesting ideas. One user pointed out that Iron Man pulled off the feat in the comics.

As expected, MCU fans were torn between the two sides. Some are sure that Tony Stark would crumble like a pack of cards in the face of Magneto’s superpowers and would be defeated without even getting the time to defend himself.

No matter how mountainous the battle may seem, some Team Iron Man fans were sure that the Avenger could beat anyone and anything that came his way.

While an Iron Man vs Magneto face-off would be new in the MCU, it has already happened in the comics. Stark bested the mutant by incorporating anti-magnetic shielding on his suits to make sure that Magneto couldn’t control his suits — an important detail that Iron Man’s diehard fans were quick to point out.

Some logically pointed out that Iron Man’s ability to trump Magneto exists strictly in the comic books because, up until his death in Avengers: Endgame, Tony hadn’t built a suit that would defeat the mutant. At the time, Marvel Studios didn’t plan on suddenly going on the mutants-have-always-been-here road in the MCU it is currently on.

So, if this Iron Man, who has never made any anti-magnetic suits in the MCU, has to face off against a supercharged Magneto, a few fans feel that the latter would come out winning with flying colors.

Others went for a more balanced rationale, pointing out that both Stark and Magneto possess a different but equally impressive set of skills.

Sadly, this is a fight that has very slim chances of happening in the MCU. With the OG Iron Man dead, Marvel would have to bring an alternate Tony Stark to fight against Magneto when the mutants are finally brought into the MCU fold. While it is an enticing prospect, it just doesn’t hold the same appeal as the pipe dream of Robert Downey Jr. as Iron Man going up against Michael Fassbender’s Magneto. But thanks to the Multiverse, stranger things have happened in the MCU, so fingers crossed!