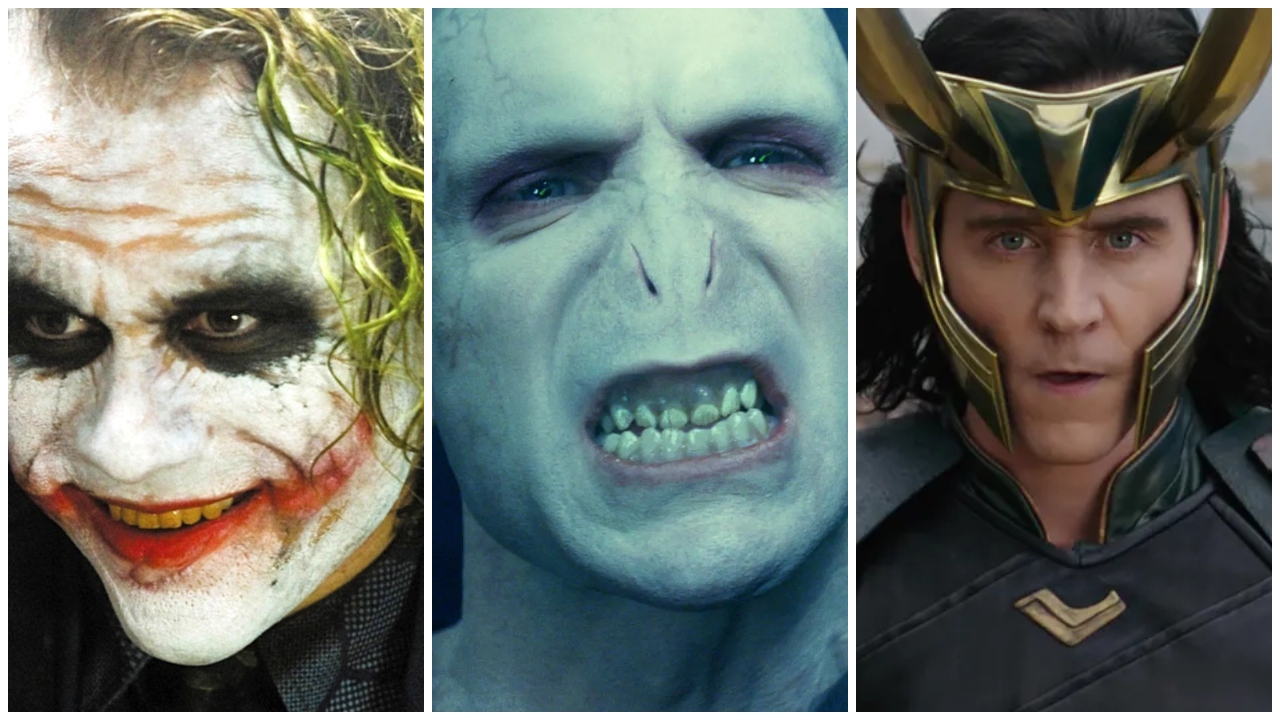 It’s an age-old debate. There are many movie supervillains that deserve a spot in the Hall of Fame, but not all of them can play in the big leagues. Even though this debate has been ongoing for years, a modern-day audience has narrowed down the choices to three potential candidates: Harry Potter‘s Voldemort, The Dark Knight‘s Joker, and Thor‘s Loki. Of course, there are so many more iconic baddies to choose from, but this is just an immediately recognizable threesome. IMDb took to Instagram to pose the question to the general public, asking who their all-time greatest movie supervillain would be, even if the choice lands outside of the suggested trio.

Posted a collage of Voldemort, Joker, and Loki, IMDb captioned the image, “Who’s the greatest movie villain?” Over 31,000 likes suggest that many, many moviegoers are itching to have their say—and the comments are flooded.

Ralph Fiennes (Voldemort), Heath Ledger (Joker), and Tom Hiddleston (Loki) are all pretty memorable villains. Unfortunately, Ledger is no longer with us, but his legacy has continued on even after his death in 2008. He never got to see the final product in theatres after filming for The Dark Knight, but the movie gained a substantial following. Ledger went on to win a posthumous Academy Award for the role, a rarity for actors in superhero films. One of the top Instagram comments reads, “Joker for all the time,” and has received 175 likes. Arguably, those 175 people seem to agree with the commenter, which puts Joker in the lead.

Another comment supported Ledger as well, saying, “Joker not even close.”

However, several comments have fired suggestions outside of the three choices. One Instagram user mentioned Lalo Salamanca from Netflix’s Breaking Bad spin-off Better Call Saul. That comment received over 110 likes, but Better Call Saul is a television series and not a movie, therefore, it’s disqualified from this specific debate. Nevertheless, it was a good choice.

More comments scattered about the thread have tossed Thanos’ name into the mix. Undoubtedly, Thanos was a diabolical supervillain and deserving of some recognition. Josh Brolin embodied the Mad Titan. Those comments have individually received around 20 to 30 likes, give or take.

On the other hand, one bold comment dared to ask why Hiddleston’s Loki had even been included in the debate, implying that he didn’t belong in the top three ranking.

Either way, it looks like Heath Ledger’s Joker is the undisputed winner.