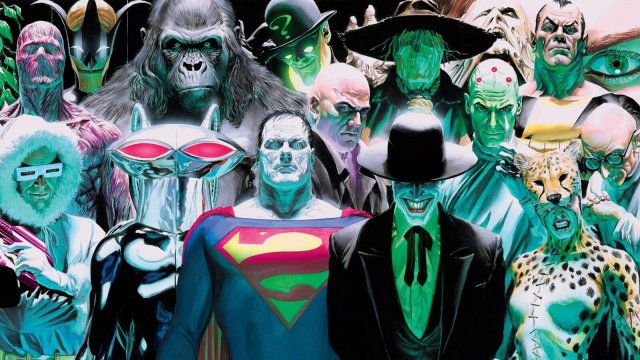 DC has been bringing some of comic book’s most notorious supervillains into live-action since Lex Luthor first fought Superman on screen in the 1950s, and yet remarkably there are still a number of iconic antagonists from the lore who have yet to make the jump to the movies. But some newly unveiled concept art has given fans renewed hope that we might see one particular favorite from Batman’s rogues gallery make it into cinemas one day, complete with a shockingly scary redesign.

Concept artist Jerad S. Marantz, who worked with Zack Snyder on both Batman v Superman: Dawn of Justice and Justice League, earned the DCEU fandom’s curiosity this weekend by sharing some designs for an unnamed monster from a “cancelled project” on his Instagram account. Though Marantz didn’t specify which character this could be, the potentially telling use of a capitalized “Clay” in his caption might’ve given the game away…

Yes, DC diehards are convinced this is supposed to be Marantz’s take on the Dark Knight foe Clayface. And the folks of the r/DC_Cinematic subreddit are all for the shapeshifting supercriminal being realized in live-action in such a ghoulish way.

It would really hammer home the character’s tragic edge.

Give us a Batman horror movie, now!

This Clayface, but with Harley Quinn star Alan Tudyk voicing him.

You heard the fan, Matt Reeves.

Other commenters aren’t totally convinced this was supposed to be Clayface at all, though, feeling that the design is too alien and not mud-themed enough. Some speculate that perhaps it’s actually Superman enemy Parasite from Snyder’s initial plans for Man of Steel 2. Whoever Marantz’s monster really is, it’s clear that many are clamoring for Clayface to crawl into the cinematic universe.