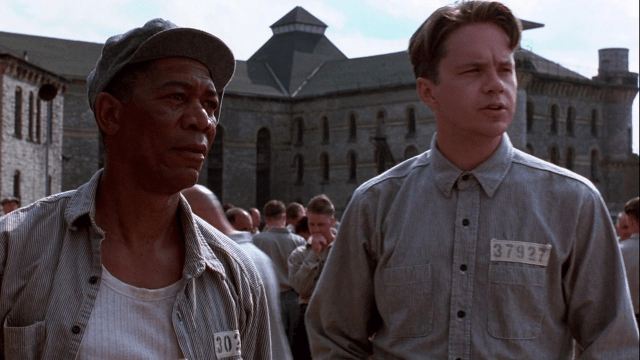 The 67th Academy Awards was among the most remarkable iterations that the storied competition has ever seen. With a delectable spread of genres across its many nominees, including Disney giant, The Lion King, gripping mystery-drama Quiz Show, and the then-latest adaptation of the perennial Little Women, it’s no wonder it broke a viewership record originally set by the 55th Academy Awards in 1983.

That’s all without getting into the meat of the nuances. Taking place in 1995, the 67th Academy Awards served as a battleground for three of the most beloved films of all time, let alone just those from 1994. Indeed, viewers got to watch in anticipation as The Shawshank Redemption, Forrest Gump, and Pulp Fiction all duked it out for statuette-anchored glory.

As many may know, Forrest Gump ran away with the competition, netting six awards from its 13 nominations, while Pulp Fiction and The Shawshank Redemption found themselves with seven nominations apiece. Only Pulp Fiction turned one of those 14 combined nominations into a win in the form of Best Original Screenplay. With some believing that Shawshank, much like Morgan Freeman’s Ellis Boyd Redding, was overdue for proper justice, film fans took to r/movies to divulge their thoughts on the 67th Academy Awards.

One user was quick to step up to bat for Pulp Fiction, saying that Tarantino’s magnum opus should have snatched Best Picture away from Forrest Gump. They still happily stuck up for Shawshank, however.

Others suggested that the battle went far beyond the big three, pointing out the wealth of cinema that 1994 graced us with.

One other responder quite blasphemously chose to kick Shawshank while it was down.

It’s nothing short of a crime that Shawshank didn’t win any Oscars that year. Nevertheless, it’s stood the test of time to be an evergreen selection for cinephiles of all ages, and perhaps that’s the real trophy.