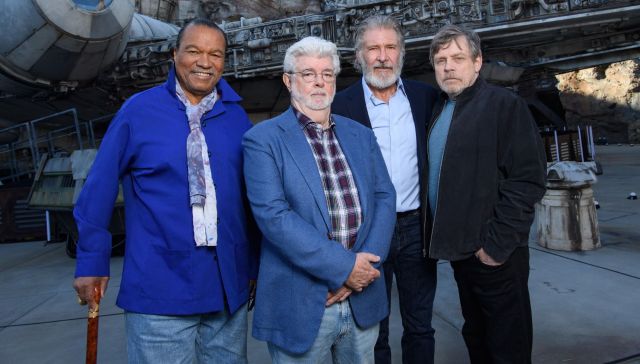 George Lucas’ reputation has peaked and dipped like a rollercoaster over the years. After the original trilogy, he was considered one of the greatest creative minds and businessmen in the industry, though became something of a laughingstock after the prequel trilogy. When he decided to sell Star Wars to Disney, many rejoiced that it was out of his hands, though after The Rise of Skywalker, some are wishing he’d mount a comeback.

The key for us (and noted in multiple replies) is simply that having a single creative vision at the heart of Star Wars can only be a good thing. Many of the problems with Disney’s sequel trilogy resulted from them failing to plan out the story in advance, corporate interference in response to the online backlash, and pressing too hard on the nostalgia button. Just having someone confident enough to tell a cohesive story would be a huge improvement

But others are still wincing from the tin-eared dialogue in the prequels, saying this would only work if Lucas provided the story and other creatives took it from there. Or, to put it more bluntly: “As long as he wouldn’t be writing dialogue and directing, I would be thrilled.”

Others would just like to see something new from George Lucas, whether it’s Star Wars or an original property. At 78. Lucas is no spring chicken, though we think he’s still got enough in the tank to at least provide a fun framework for other writers to work about. Then again, anything new will inevitably be unfavorably compared to Star Wars, so he can be forgiven for continuing to focus on his philanthropic causes rather than a galaxy far, far away.