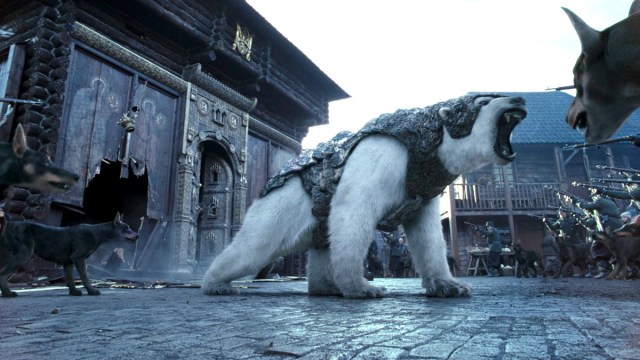 Having witnessed The Lord of the Rings trilogy rack up billions of dollars in box office dollars while hoovering up awards season glory, along with the ongoing success of the Harry Potter brand dominating the pop culture discourse, not to mention The Chronicles of Narnia: The Lion, the Witch and the Wardrobe racking up $745 million from theaters, everyone was fully expecting the blockbuster adaptation of Phillip Pullman’s The Golden Compass to be the next major hit fantasy franchise.

On paper, it had all of the ingredients to be a success. The source material was well-known, widely beloved, and ably married a sprawling lore and detailed world-building with big themes, broad ideas, and even an undercurrent of sociopolitical satire, while a $180 million budget ensured that no expense would be spared in bringing the rich and vivid lore to life.

Throw in a star-studded cast that featured Nicole Kidman, Daniel Craig, Sam Elliott, Eva Green, Christopher Lee, and respective Ians McKellen and McShane as the voices of goddamned armored polar bears gearing up for war, and The Golden Compass was surely too big to fail.

However, a 42 percent Rotten Tomatoes score, 51 percent user rating, and underwhelming commercial return of $372 million ensured it did just that. 15 years later, and the people of Reddit have commissioned an autopsy into why.

The more satirical and overtly critical elements of Pullman’s work were either stripped back or removed entirely to avoid causing controversy, which effectively declawed The Golden Compass and turned it into simply another bland fantasy with transparent designs on launching a multi-film series appealing to as wide an audience as possible. Small screen reboot His Dark Materials has fared much better, largely because the show has been allowed to retain some of Pullman’s bite.