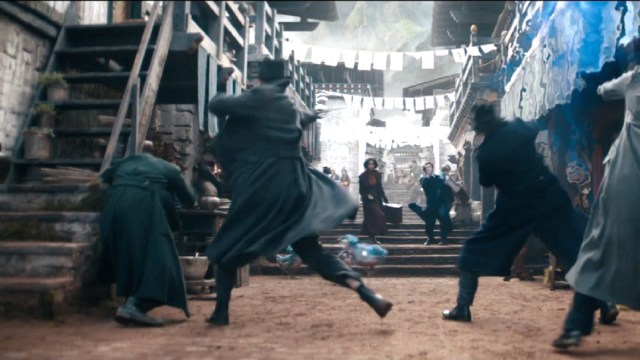 A decade ago, fans praying for a franchise spun off from Harry Potter to be put out of its misery and ended early would have sounded unfathomable, but that’s exactly where we find ourselves with Fantastic Beasts.

The opening installment was a huge success that showed their was still life in the property after the boy wizard hung up his wand, but box office takings dropped by over $400 million between the space of the first and third films, with reviews and audience reactions dropping off a cliff as well.

At this stage, barely anybody is clamoring for another two Wizarding World prequels, but Warner Bros. has yet to officially offer clarity on the future of Fantastic Beasts. However, a new report from Variety indicates that the prognosis is not good, with neither of the concluding chapters having been written or even been awarded the okay to start thinking about post-production.

New CEO David Zaslav has hardly been shy in wielding the axe if he doesn’t feel as though something under his purview is going to be profitable, and spending $200 million plus additional marketing and distribution costs on even more blockbusters that aren’t guaranteed to end up sufficiently in the black to justify their own existence is hardly up his street.

As it stands, then, Fantastic Beasts is on life support as the studio figures out where to go next, with the specter of the controversial J.K. Rowling looming in the background. Would anybody shed a tear were it to be dragged round back and sent the way of Old Yeller? Probably not, which is arguably the most damning indictment of all.