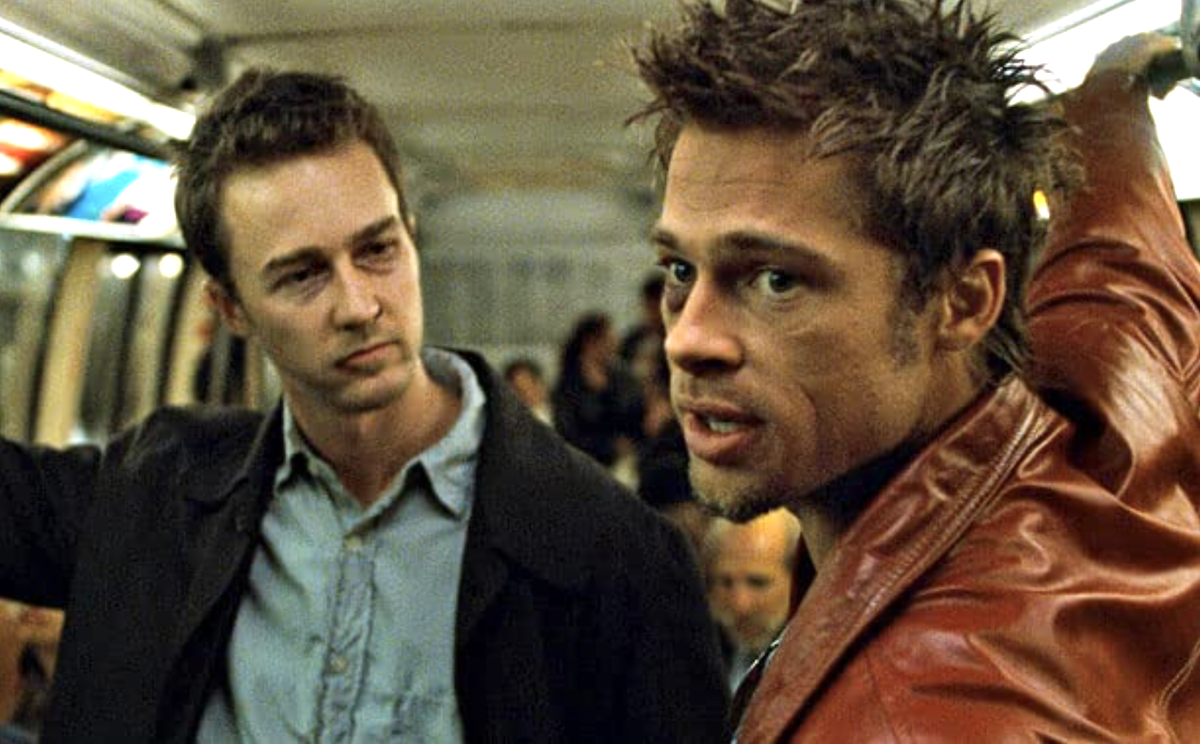 Earlier this week, we announced that Fight Club received a new ending in China. The country has strict guidelines when it comes to movies and has previously banned such films as Ben-Hur, Brokeback Mountain, and Joker.

Vice reported Monday that Chinese viewers watching the movie on the Tencent Video streaming site didn’t get the original ending. In the original, the Narrator killed off his Tyler Durden alter ego. Then, in a dramatic finale, buildings collapse in an explosion along with Marla Singer. The scene is one of the most iconic in Hollywood history.

However, in the new version, a graphic appears before the explosion scene stating, “Through the clue provided by Tyler, the police rapidly figured out the whole plan and arrested all criminals, successfully preventing the bomb from exploding. After the trial, Tyler was sent to a lunatic asylum receiving psychological treatment. He was discharged from the hospital in 2012.”

No writers immediately responded to this new Chinese ending, but today writer Chunk Palahniuk did so on Twitter.

On his site, he wrote a short blog post showcasing the new ending, writing, “A huge Thanks to Kerri for sharing this. Didn’t Meat Loaf have a great signature?! Now, the big news… Have you seen this article?!? Tyler and the gang were all arrested. He was tried and sentenced to a mental asylum. How amazing. I’d no idea! Justice always wins. Nothing ever exploded. Fini.”

Fight Club is one of the greats of all time and is of course based on the novel of the same name by Palahniuk. While the new ending might be controversial, it did allow Chinese fans to share the movie publicly, so in some ways it’s a win for everyone.