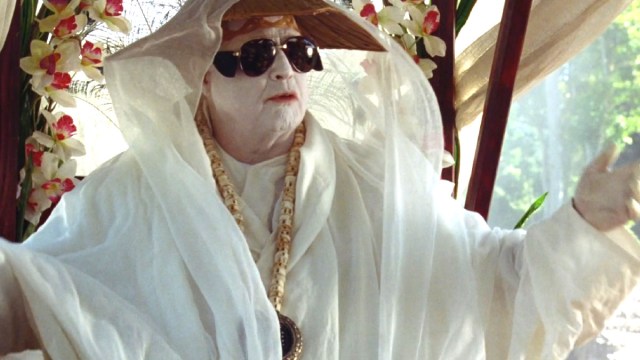 At the end of the day, acting is exactly the same as any other job, in that it’s all about getting paid at the end.

Some stars clearly do it for their love of the artform, while others build their careers around making the biggest possible hits to appeal to the widest possible audience, and they’re equally justified in their approaches, which is why Daniel Day-Lewis and Dwayne Johnson are both viewed as being among the best at what they do.

However, there are plenty of occasions when icons of the silver screen show up in a project, and it only makes you feel bad for them. Redditors have been naming and shaming such examples, and it unsurprisingly did not take very long at all for Patrick Stewart voicing a literal piece of sh*t in The Emoji Movie to come up.

Judi Dench was hardly stretching her thespian muscles in The Chronicles of Riddick, but oh how we would have loved to have been a fly on the wall to watch Vin Diesel teach her how to play his beloved Dungeons & Dragons. Late-stage Brando is a repeat offender too, but he pretty much did whatever the hell he wanted anyway, and it’s not as though anyone was going to stop him.

The most recent example is Russell Crowe as Zeus in Thor: Love and Thunder, a role that’s proven to be about as contentious as the accent used by the Academy Award-winner to bring his sleazy spin on the ruler of Mount Olympus to life.