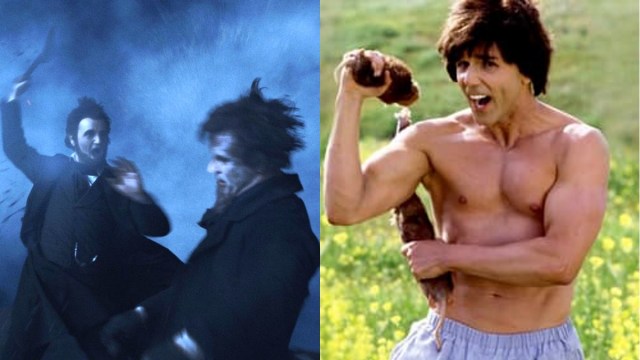 Taste is always subjective and based entirely on personal preference, but some film fans have a hard time convincing others that a certain movie has been unfairly maligned, when the consensus shared by both critics and the general public makes it fairly clear that the title in question is not a good piece of cinema.

Everyone has their own guilty pleasures that they’ll defend to the death in the face of scathing criticism from all corners, with Redditors now stepping into the light to tout their own personal favorites. As you might imagine, some of the suggestions put forward are fairly indefensible, but others highlight that even box office bombs and derided duds still have plenty of supporters.

The top-voted reply at the time of writing reveals that Abraham Lincoln: Vampire Hunter has a surprisingly staunch fanbase, who try to find the positives in the high concept hybrid of horror and historical actioner that turned a fantastic premise and even better title into an unforgivably dull slog.

Kung Pow: Enter the Fist is widely lauded as one of the most bizarre and polarizing studio comedies of the modern era, so it’s no surprise to find the utterly bonkers Steve Oedekerk vehicle making its case as part of the debate. Misguided pseudo-superhero failures Jumper and Push arrived within close proximity to each other and both flopped, but it’s clear they’ve managed to cultivate an enduring popularity among certain viewers.

It goes without saying that nobody cares what the critics think, even if some of the candidates put forth may raise an eyebrow or two.