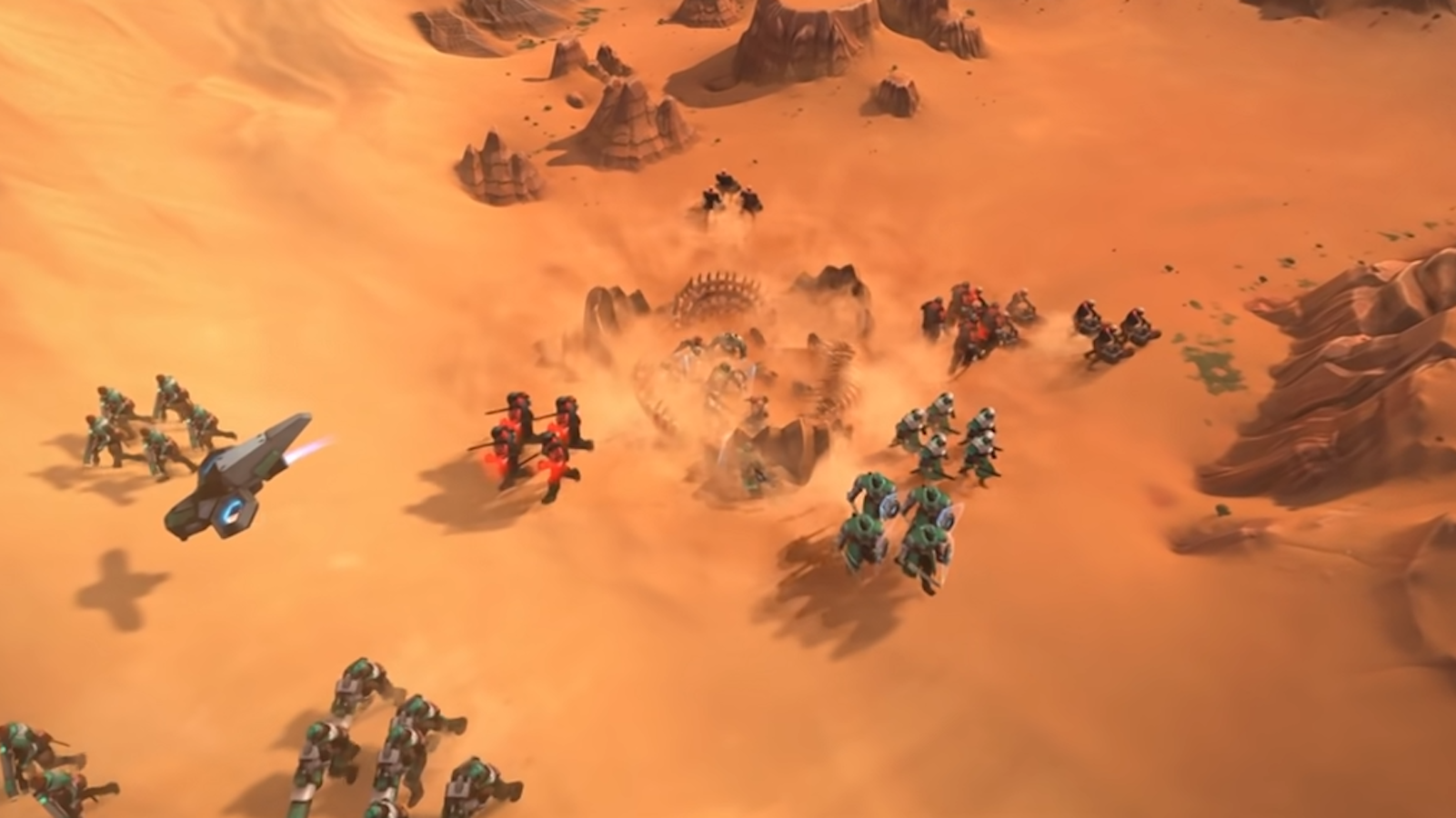 Following the overwhelming success that the latest reimagining of Dune had in cinemas, fans are eager to get their hands on the next game in the franchise, Dune: Spice Wars. The RTS isn’t set to launch until later this year, but today fans got a sneak peek of its gameplay.

In a clip shared by the game’s publisher, Funcom, you can check out the strategy game in all its glory. You’re not just going to command armies with the goal of gaining, controlling, and defending key locations, you’ll also need to barter alliances and elevate your economy to dominate the galaxy.

In the baron lands of Dune, players will need to scout and gain control of locations with their troops so they can accrue key resources necessary for growth and trade.

Spice is going to be extremely important so you’ll want to establish Spice Harvesting Processes quickly before getting into more of the warfare. There are three different arts you’ll need to use to your advantage as you progress, these are subterfuge, politics, and diplomacy.

Right now Dune: Spice Wars has no firm release date but it is planned to launch sometime this year. The game is based on the universe within Frank Herbert’s original novel series but, if you aren’t familiar with these, then you can quickly get up to speed by checking out Denis Villeneuve’s recent film adaptation available to stream on HBO Max.