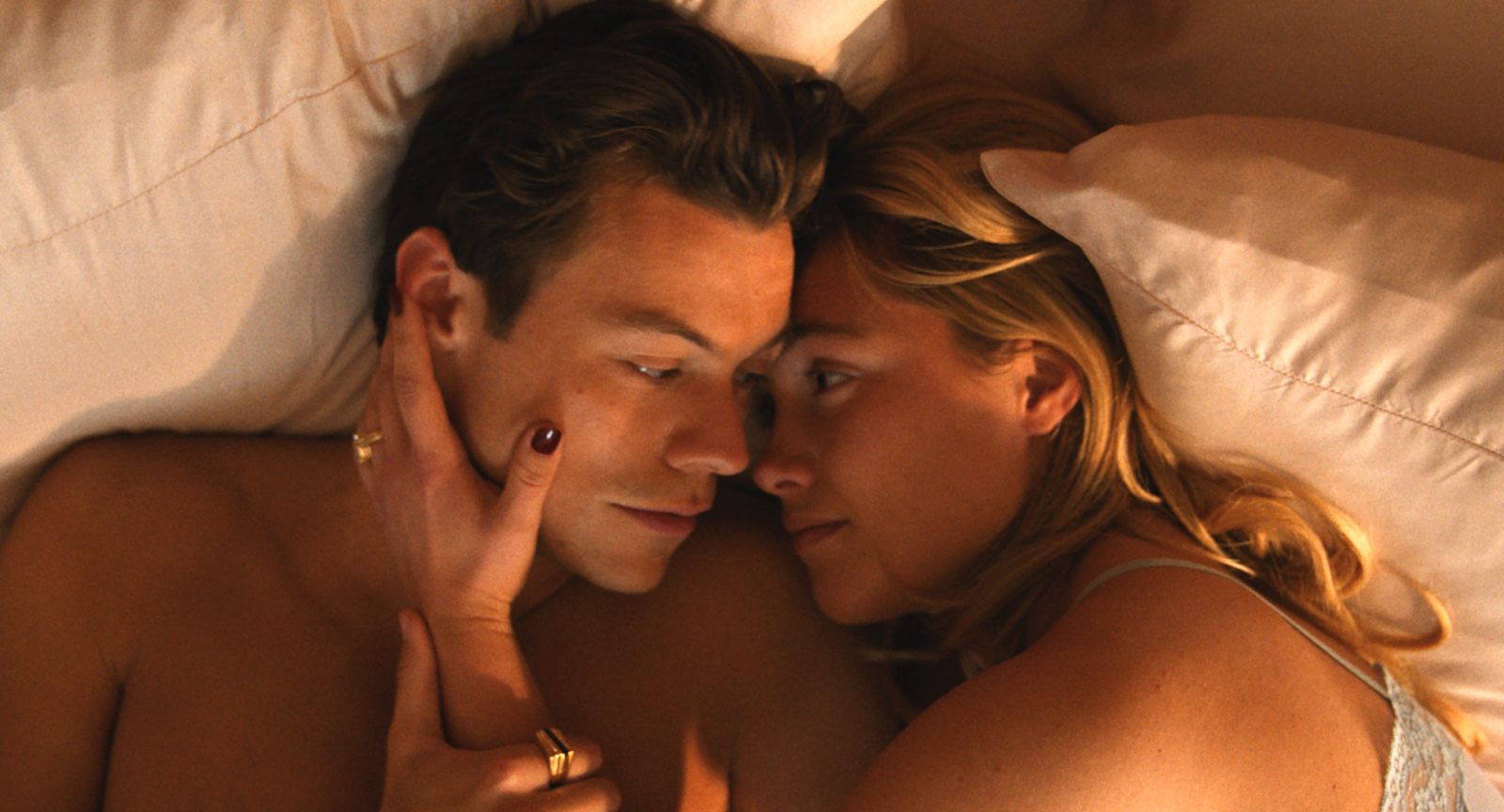 Attendees at CinemaCon finally got a sneak peek at Olivia Wilde’s upcoming 1950s thriller Don’t Worry Darling, and it has come with a steamy scene between stars Harry Styles and Florence Pugh.

Don’t Worry Darling is a psychological thriller set in a utopian Californian community following the couple Jack and Alice played by Pugh and Styles. The plot sees Alice as a housewife to her rich husband Jack who runs a company that might be hiding some dark secrets.

In the trailer, seen by Indiewire, Jack claims to be all in with his wife, however, Alice doesn’t seem so convinced. During the new footage shown, she says “I don’t trust him, and I don’t want to be here anymore”.

This complicated relationship is at the center of the story directed and starring Wilde alongside a ton of stars including Chris Pine, Gemma Chan, Nick Kroll, and more.

Wilde spoke at the convention about the film and its stars claiming that the movie is the birth of Pugh as a fully-fledged movie star. She also said that the movie was inspired by other hit films like The Matrix and The Truman Show calling it a “love letter to movies that push the boundaries of imagination”.

Additionally, Wilde claims that the film sees Pine give a career-best performance.

Don’t Worry Darling is currently scheduled to arrive later this year on Sept. 23.