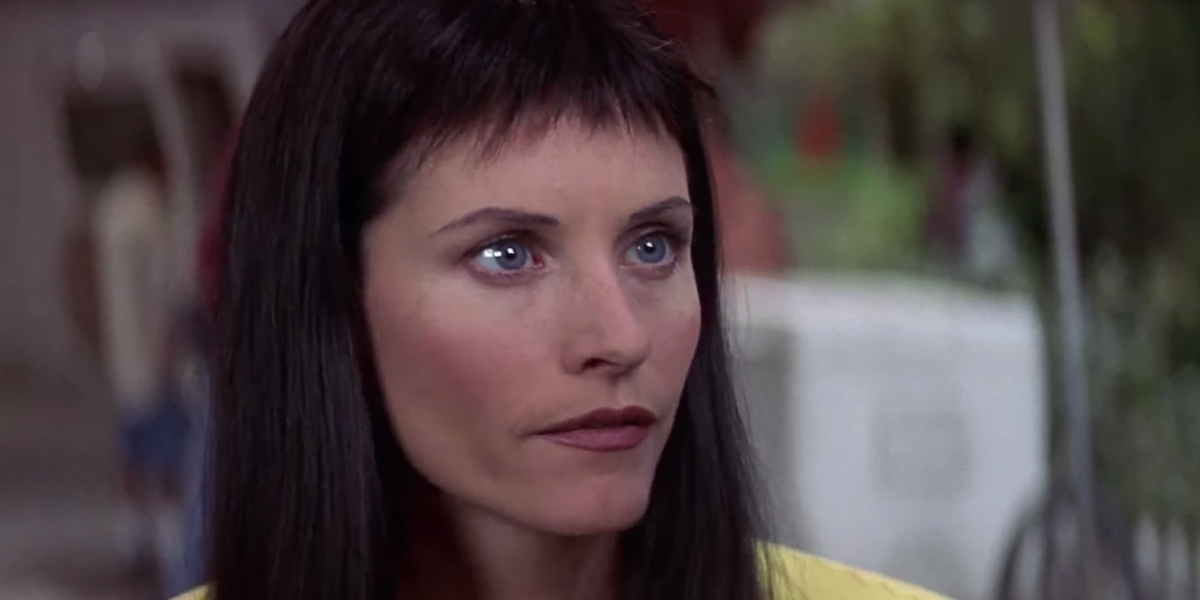 When you think about the Scream franchise, what comes to mind? Probably Ghost Face, the iconic murderer. Maybe Drew Barrymore screaming into a phone? What about Courtney Cox’s baby bangs haircut? No?

For Cox, they were the stuff of nightmares. The star, who’s appearing in the fifth entry in the series, made an appearance on The Drew Barrymore Show with her co-stars Neve Campbell and David Arquette and talked about trying to find a new look for every entry in the series.

“Each Scream I would try to come up with a different look for her that was just over the top gross, or ugly or too much,” Cox said about her character. Campbell immediately brought up the bangs the historic bangs, which showed up in Scream 3. They were super short and kind of looked like a frayed broom.

“Oh, that was the worst. I forgot about that. There was nothing worse. That was a big lesson in life because that will forever be on film,” Cox said.

Take a look below.

Fortunately, Cox said she didn’t actually cut her hair into that shape, but she might as well have. She’d put on clip-on bangs every day before shooting and this was apparently both a blessing and a curse because the makeup crew “only had one set” of the cursed bangs.

“One set of bangs. I remember they were cut on the set. You are supposed to have a thing that starts back here, far back and that’s where the part goes for the bangs,” Cox said, pointing to the back of her head. “For some reason, they put it here [pointing at her forehead] and started cutting it and I was like, ‘Well I don’t have a choice now.'”

Campbell said she remembers being politely encouraging about the look on the movie set.

“I remember that day because we were all like, ‘No they are good, really,'” she said.

Arquette, who is Cox’s ex-husband, said he also noticed the hair atrocity.

He also took responsibility for the look, saying that he encouraged her to do it.

“I have to take the fall for this. I suggested a Bettie Page look. It just didn’t work. I take full responsibility.”

It’s all in good fun though, because Cox recently recreated the iconic look on her Instagram page.

“Not the bangs!!!!!!!!” she said, in front of someone in the Ghost Face costume with scissors.