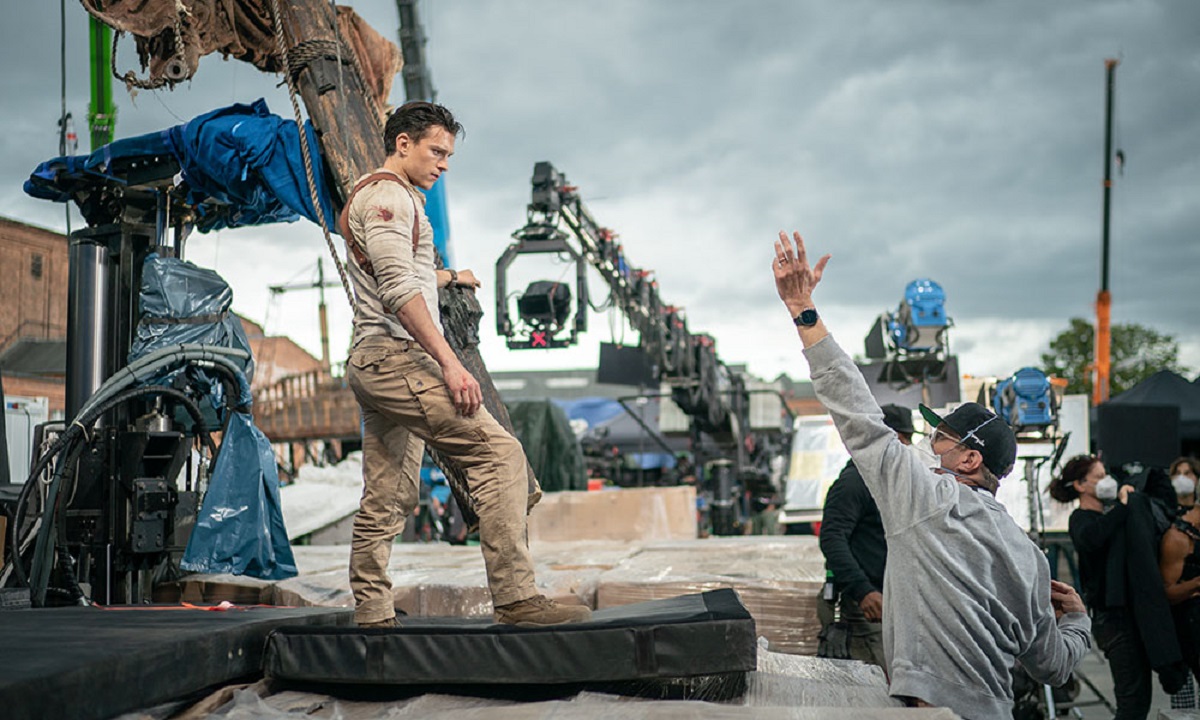 With the hotly anticipated movie Uncharted hitting cinemas in a few days, Playstation Productions sat down with Naughty Dog to discuss how they went about taking the concept from game to the big screen.

Joined by Uncharted director Ruben Fleischer and lead actor Tom Holland, the team discussed creating something that is very much big budget Hollywood, whilst ensuring that fans see a true representation of the game they know and love.

Fleischer emphasized the importance of the relationship between Nathan Drake, played by Holland, and Mark Wahlberg’s Victor ‘Sully’ Sullivan, and praised the actors for improvising together and having banter on set. Neil Druckmann, the designer, writer, and creative director for the Uncharted games agreed, noting

“It’s so cool to hear that your process of improvising and pushing each others buttons sounds so similar to how Nolan North and Richard McGonagle worked like Nate and Sully in the games.”

Also discussed was the game’s influence on the film’s fight choreography; while movie audiences favor clear action in hand-to-hand combat scenes, the filmmakers sought to retain the raw, brawl-like nature of gameplay fighting. Holland, well known for his agility and combat chops from his role as Spider-Man in the MCU, revealed that some of the actions seen in the fight scenes were lifted straight from the game, so eagle-eyed fans can be on the lookout. The video also shows us some behind the scenes footage of Holland and co. throwing themselves around with the stuntmen to enact these physically-demanding sequences.

One sequence that game fans will surely recognize bursts forth from the back of a plane. Fleischer noted, “that’s the one that’s truly where you just wanted to take a moment that everyone would recognize from the games and then try to bring it to life.” Viewers can observe just how this was pulled off in production, allowing for as many practical effects as possible, and really putting Holland through the wringer!

Holland, who professed his own love of the game, detailed how he pushed for minor details to make the cut, including the classic Nate “finding a clue and flipping it over” moment, to lend authenticity to the role, and as a nod to the film’s origins. However, he acknowledges that when it comes to big franchise roles,

“you have to be unapologetic. You can’t do it for other people because otherwise you’ll end up doing it for the wrong reasons. I was adamant that I would pay respect and maintain the heart and soul of the character but to bring this refreshing version of this character that we all know and love to life.”

If this video is anything to go by, fans of the game will not be disappointed.