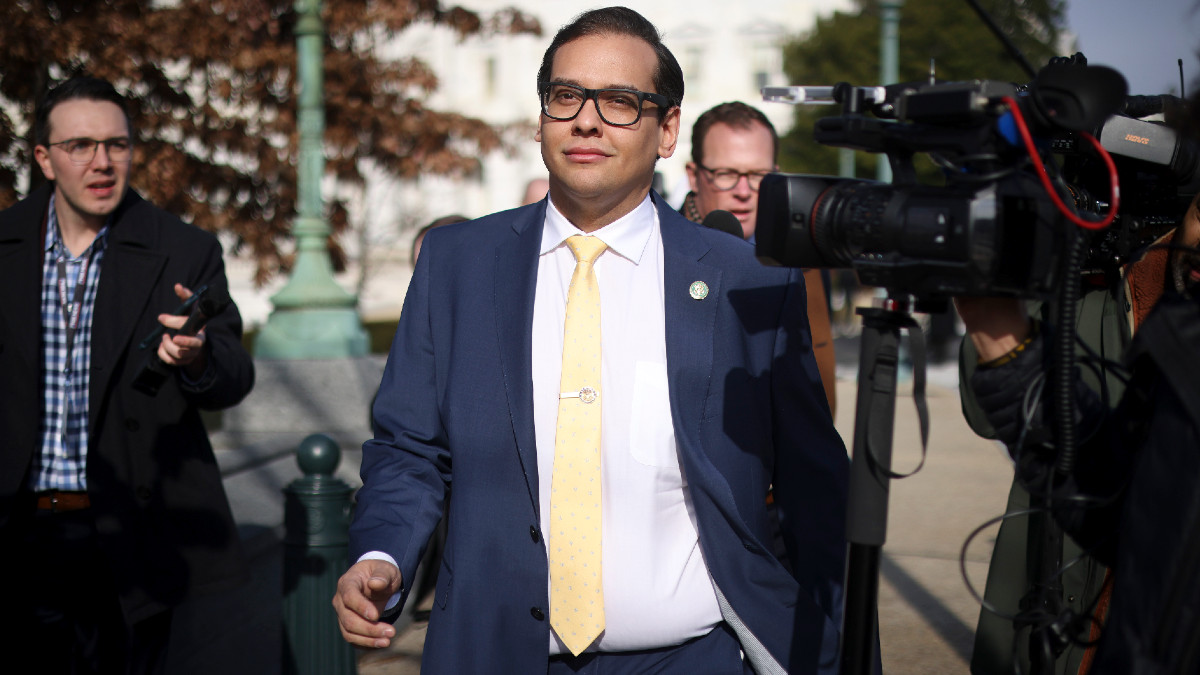 The cipher wrapped in an enigma smothered in secret sauce that is Rep. George Santos (R-NY) continues to grow murkier by the day. And the lies and mistruths have been so difficult to keep up with, that some have compared Santos to Leonardo DiCaprio’s character in the 2002 biographical crime comedy-drama, Catch Me If You Can.

The freshman congressman, who is the first openly-gay, non-incumbent Republican to be elected to the U.S. House of Representatives, has been accused of fraud and misusing campaign funds. In addition to his financial background, details about his personal life are likewise continuing to unravel more and more by the day.

For example, in addition to being caught in lies about where he went to high school and college, being “Jew-ish” and having grandparents who survived the Holocaust — Santos may or may not have worked as a drag queen in Brazil and scammed a disabled vet whose dog was dying, among other allegations.

In Catch Me If You Can, DiCaprio starred as real-life conman Frank William Abagnale Jr., who claimed in his autobiography that he scammed millions of dollars by posing as a Pan American World Airways pilot, a Georgia doctor, and a Louisiana parish prosecutor — all before his 19th birthday. Tom Hanks starred opposite of DiCaprio as the FBI agent relentlessly tracking him down.

So in other words, it’s not difficult to see why people are making the connection, and this week TMZ had the opportunity to ask Santos about the comparisons as he was leaving Congress.

“I’m not a big movie guy,” Santos said, feigning surprise that he would be compared to the A-list actor. “That I remind them of Leonardo DiCaprio? I’m flattered.”

“I wish I had his bank account,” Santos added, laughing. “I really do.” When asked about his own almost certainly forthcoming biopic, however, the 34-year-old seemed more skeptical. “Don’t you need permission for that?” he asked. “I haven’t granted any permission.”

While the legalities are fuzzy, the bottom line is no, you don’t need permission from a subject to film a biopic or documentary, which is something you’d think an actual lawmaker would know something about. In other words, look for the docuseries to hit Netflix or Hulu sometime around 2024 or 2025, we’d estimate.