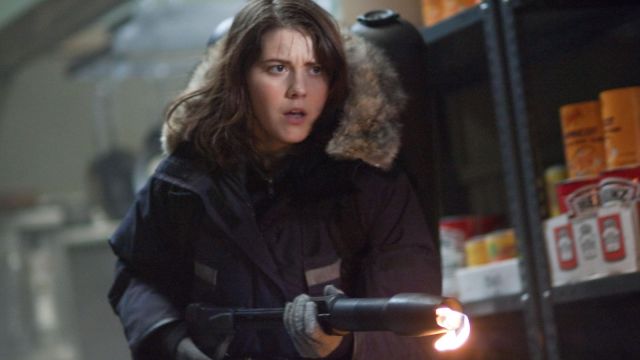 Horror relies so much on the atmosphere the characters are inhabiting, which helps breed fear in the audiences. Seclusion and isolation play deeply into fear, and genre experts are crafting their picks for the best set in the tundra.

It’s said in space no one can hear you scream, but in the wilds of Alaska nobody can hear you shiver in the pure-driven snow apart from killer vampires, if movies are anything to go by. Horror fans loving having very specific movies for different types of weather, and snow has come up on the agenda.

First thing’s first, you must talk about Stanley Kubrick’s masterpiece The Shining. Arguably the best film based off a Stephen King book, it’s got an overwhelming sense of dread helped by it being set during a blizzard. Jack Nicholson frozen remains one of the most iconic stills in a horror movie, so you can’t not have it mentioned.

John Carpenter’s The Thing is a true cult classic, with it expertly crafted and exceedingly ominous in its vibe. A tremendous double bill is The Thing (2011) followed immediately by the 1982 version, both of which are great for body horror fans, even if the prequel is nowhere near as good as the original.

A more recent classic of snowy horror comes in 30 Days of Night, which was based on a comic book series of the same name. If you were ever afraid of living in the deep northern hemisphere and remain even slightly skeptical over the existence of vampires, look away now.

Perhaps one horror needs now more than ever is more blood on the ice types of stories, especially with how incredible red looks on snow. Make it happen, Hollywood.