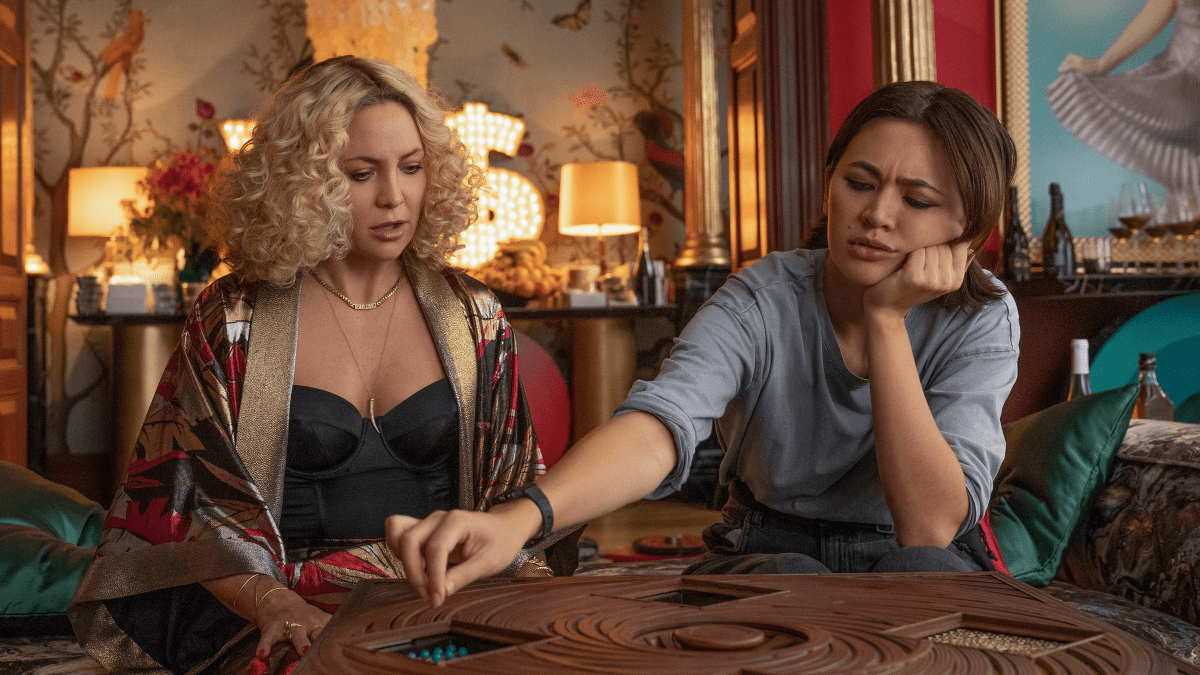 The tragedy of heroism is that, for every highly decorated champion of humanity that goes down in history as an infinitely beloved figure, there are other lionhearted heroes whose deeds, despite matching the virtue of their more lauded counterparts, will fizzle away into obscurity, with perhaps only the account of a surviving close friend serving as any immortalization of their actions.

It remains to be seen whether Screen Crush‘s Matt Singer will end up as the former or the latter, but after performing the unenviable, chaotic task of sampling a “Glass Onion” ice cream flavor (yes, the very same Glass Onion), we will happily serve as an additional record for this gustatory sacrifice.

Among other brave samplers of the Glass Onion ice cream was Johnson himself, as well as a handful of the film’s cast. According to them, any daring dairyist seeking out a sample of their own can expect flavors of pineapple, bourbon, the expected Greek yogurt, and the equally expected but much less welcome onion.

But the good people of Van Leeuwen didn’t just commit dessert anarchy before calling it a day. According to Singer, the flavors you see above correlate with specific aspects of the film that may or may not play a role in the mental gymnastics that Benoit Blanc will be performing.

So, if you were looking for the perfect snack to go along with your home viewing of Glass Onion, you technically can’t get any better than Van Leeuwen’s sacrilegious new product. Perhaps it will even arrive at your doorstep by the time Glass Onion releases to Netflix on Dec. 23.