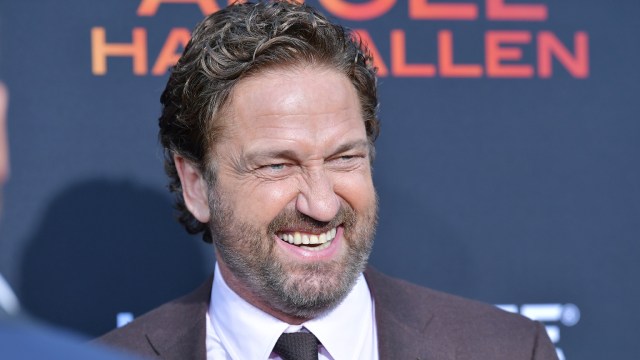 Gerard Butler‘s breakthrough role in Zack Snyder’s 300 came almost a decade after he made his feature film debut in quaint period drama Mrs. Brown, but even during his early years spent trying to claw his way up the industry ladder, it was evident that there was an action hero lurking just under the surface waiting to explode.

Roles in the likes of Dracula 2000, Reign of Fire, Lara Croft: Tomb Raider – The Cradle of Life, Timeline and Beowulf & Grendel hinted at the actor’s rugged charisma and screen presence, even if the majority of those pics were terrible, but once 300 hit it big he was off to the races. These days, Butler is arguably the crown jewel of B-tier action cinema, and he’s even got his own marquee franchise in the Fallen series.

As Secret Service agent Mike Banning, the gruff Scotsman shoots, stabs, punches and maims first before asking the questions much later, and it’s worked a treat. The three installments so far have hauled in over half a billion dollars at the box office, with fourth installment Night Has Fallen being announced last year.

Third entry Angel Has Fallen, meanwhile, was a thoroughly enjoyable effort and is currently one of the 20 most-watched titles on Netflix, which sounds about right when it’s precision engineered for the Friday and Saturday night crowd. It’s the most entertaining sort of mindless violence in that it treats its narrative with the utmost seriousness, but there’s just enough of a wink to the audience to let them know the cast and crew are fully in on how ridiculous the movies are. Gerard Butler has been on something of a winning streak on streaming recently, too, with Angel Has Fallen just the latest from his back catalogue to draw in a bucket load of viewers.